Judge rules on $51m Barber bushfire appeal - Millions of dollars raised by Celeste Barber's bushfire appeal can't go to interstate charities but can be used to support injured firefighters and th ...
Virus outbreaks to spark local containment - Coronavirus outbreaks will be contained locally rather than by returning to the sweeping statewide shutdowns which succeeded in squashing the deadly d ...
Bombers, Pies might play AFL in Tasmania - Victorian powerhouses Collingwood and Essendon look likely to play in Geelong in 2020 and might even head to Tasmania if football returns this season ...
Ardern muddled on trans-Tasman movement - After a day of mixed messages, New Zealand Prime Minister Jacinda Ardern says state borders are a matter for Australia and doesn't expect their reopen ...
JobKeeper underspend could go into tourism - The massively underspent JobKeeper scheme could be used to support the battered tourism sector, while the government remains firm it won't be expanded ...
Govt pumps $1.2 billion into Melb projects - The push to crank up the Victorian economy will include shovel-ready projects worth more than $1.2 billion being fast-tracked over coming months.
Ravenous rats await US restaurant-goers - Beware rogue ravenous rats - that is the latest coronavirus-tinged health warning from the US Centers for Disease Control and Prevention as the rodent ...
Sunshine Coast pubs swing open their doors - We can now grab a parmy and pint at the pub, with nine local venues reopening from today. Australian Venue Co. (AVC) establishments opened their do ...
Sunshine Coast man killed in Bruce Highway crash - A 36-year-old man has died after a motorcycle crash on the Bruce Highway at Mango Hill. Preliminary investigations indicate the motorcyclist was tr ...
Growing inequalities in life expectancy - The coronavirus pandemic may exacerbate a widening socio-economic gap in premature death rates that is contributing to a stagnation in Australians' li ... 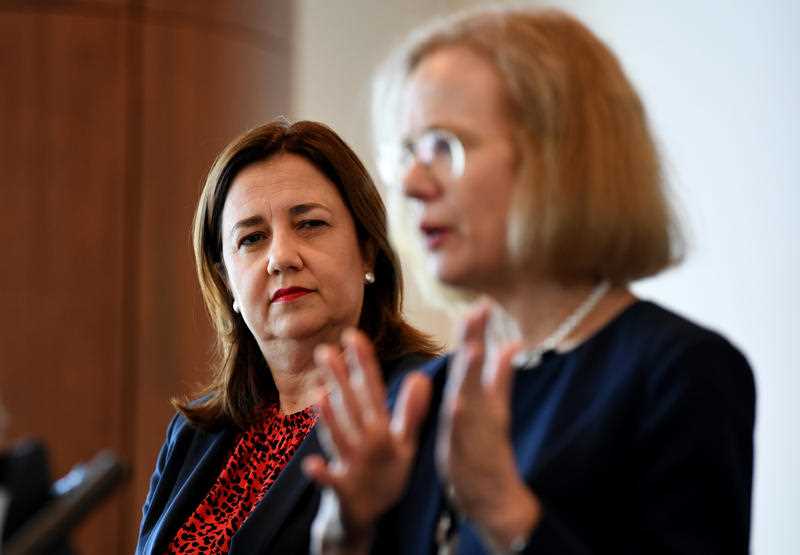 Queensland Premier Annastacia Palaszczuk is open to top-level rugby league returning to the state if the NRL can show it will provide a safe workplace for players and the community.

Just weeks after being one of the harshest critics of the game's efforts to resume late next month, Palaszczuk confirmed she had received the NRL's safety plan.

That has now been passed onto the state's chief health officer Dr Jeannette Young, who will assess the sport's bid.

At this stage, Queensland clubs face being forced to go into camp in NSW for the competition's planned resumption on May 28 due to the Sunshine State's border closure.

However, Queensland has been one of the first states to relax some of its major coronavirus restrictions, offering some hope to the more than 150 players and staff members.

"Everyone wants to see sport come back in some shape or form," Palaszczuk told ABC on Monday.

Queensland Premier Annastacia Palaszczuk is open to top-level rugby league returning to the state if the #NRL can show it will provide a safe workplace for players and the community.

"As long as those sporting codes can tick that off, we've also had a submission from another sporting code as well. And we're assessing that as well."

The NSW Government has previously said the NRL will be able to return on the basis of a safe workplace.

The league sent clubs a draft document of safety guidelines on Sunday night while include the ability to make players move from their current home if it is considered a risk.

Players and staff are also banned from exercising in public outside of their club's training base, having visitors and using public transport.

Palaszczuk, meanwhile, hinted that the AFL was another major competition to submit a report as part of its hopes of returning to the field.

The national cabinet is set to discuss frameworks for the return of sport at an elite, club and recreational level on Friday.

Those principles will be handed to the state government to be used as guidelines for whether sport should return within their jurisdiction.

"I look forward to that discussion as well. I think that those national principles are a key," Palaszczuk said.