Why Walker kept faith in Souths juggernaut - Cody Walker claims there was never an ounce of panic about South Sydney's attack before it rebounded to a legitimate juggernaut ahead of the finals.
Man charged after allegedly releasing toxic substance - A man has been charged after allegedly releasing a noxious substance in a Gympie licensed premises. Police were called to a business along Mary Str ...
Third meningococcal case from NSW festival - A child from the NSW north coast may be the third person linked to the recent Splendour In The Grass festival to contract meningococcal disease.
Kyrgios bandwagon runs out of steam - Nick Kyrgios gave it all he had, but in the end, in the midday Montreal heat, there were just too many aches and pains.
'Top secret' docs seized from Trump home - The FBI recovered documents that were labeled "top secret" from former President Donald Trump's Mar-a-Lago estate in Florida, according to c ...
Google to pay $60m for misleading Aussies - Google has agreed to pay $60 million in penalties flowing from a long-running court fight with the Australian competition watchdog over the tech giant ...
Key Noosa Hinterland bridge reopens after flood delays - Drivers can now cross the Wahpunga Lane Bridge in Kin Kin after it received a major revamp. It is the second Hinterland bridge to be replaced under ...
Extensive search for missing Nambour man Tarci Carey enters fifth day - A photo of missing Nambour man Tarci Carey on the last day he was seen has been released in the hope it will jog someone's memory as search efforts ...
Warning as 'Hi Mum' scam hits Aust parents - Australian parents are being targeted by cash-seeking fraudsters impersonating their children as part of an emerging text messaging scam.
Paramedics kept busy after two-car Buderim crash - A woman has been injured in a crash at Buderim this morning. Emergency crews were called to the two-car smash on the corner of William and Burnett ... 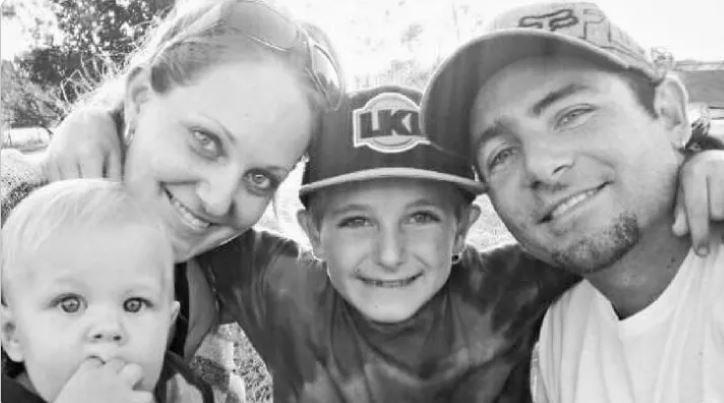 Luke Woods is being remembered as a salt-of-the-earth guy who loved his family, as the community rallies to help the family after his tragic death at Mudjimba Beach.

When he failed to return home, the alarm was raised, and multiple surface and land searches were conducted with SES crews and Surf Life Saving volunteers on quad bikes and jet skis.

Sadly, his body was found at the beach on Saturday, July 30.

Katie Beasley is a friend of Kara’s and says the family is understandably struggling right now.

“This is obviously a huge tragedy and it's come as a huge shock to the family,” she says.

“They're very much in a lot of pain right now.”

Ms Beesley says when she lost her husband in 2017 in a workplace accident, it was Kara who came to her aid.

“She is an incredibly selfless individual,” she says.

“He was dedicated to Kara and his boys. He was very hard working and he was just a salt-of-the-earth-kind of guy,” he says.

Ms Beesley is calling on the Sunshine Coast community to chip in what they can to help the family with funeral costs and raising their two boys alone.

The GoFundMe can be found here