Google to pay $60m for misleading Aussies - Google has agreed to pay $60 million in penalties flowing from a long-running court fight with the Australian competition watchdog over the tech giant ...
Extensive search for missing Nambour man Tarci Carey enters fifth day - A photo of missing Nambour man Tarci Carey on the last day he was seen has been released in the hope it will jog someone's memory as search efforts ...
Warning as 'Hi Mum' scam hits Aust parents - Australian parents are being targeted by cash-seeking fraudsters impersonating their children as part of an emerging text messaging scam.
Paramedics kept busy after two-car Buderim crash - A woman has been injured in a crash at Buderim this morning. Emergency crews were called to the two-car smash on the corner of William and Burnett ...
Munster the man at No.1 as Storm win big - Cameron Munster's fullback experiment has catapulted Melbourne back into NRL premiership calculations after the Storm held out ladder-leaders Penrith ...
AMBER ALERT: Police say four children abducted near Mackay - UPDATE: 10AM FOUR CHILDREN FOUND SAFE AND WELL Queensland police have found the four children who were taken from The Leap, north of Mackay, safe a ...
Palmer to pay bulk of defamation costs - Clive Palmer will bear the majority of the costs from his defamation battle with Mark McGowan but West Australian taxpayers remain on the hook for som ...
Rugby league world mourns Paul Green loss - The rugby league world is in mourning following the shock loss of premiership-winning NRL coach Paul Green, with police confirming no suspicious circu ...
Manly NRL player found guilty of stabbing - Manly Sea Eagles hooker Manase Fainu will remain on bail over the weekend after being found guilty of stabbing a church youth leader in a brawl outsid ...
NRL tributes flow for the late Paul Green - Tributes are flooding in for premiership-winning NRL coach Paul Green following his sudden death at the age of 49. 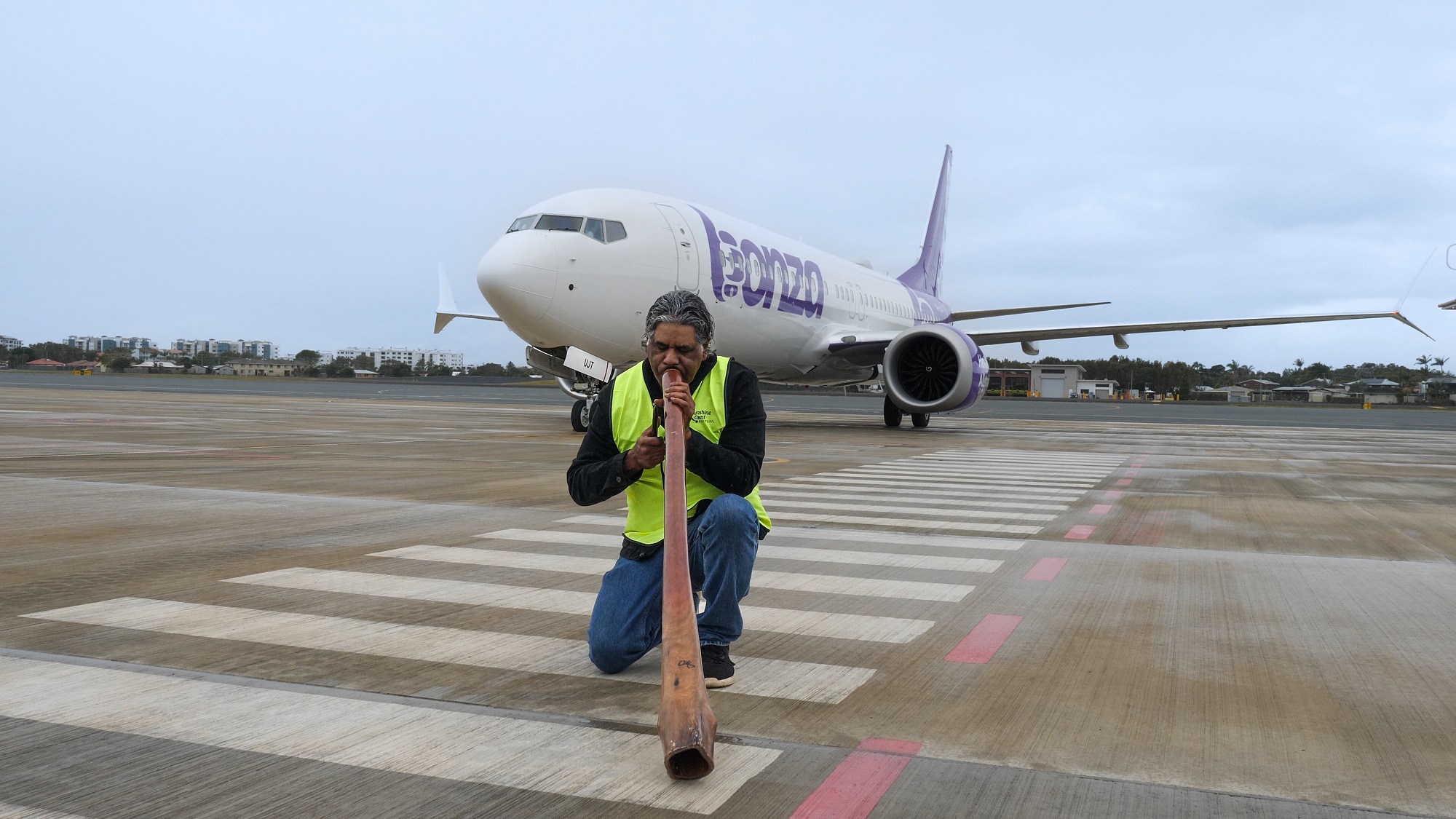 Bonza’s first aircraft has touched down at Sunshine Coast Airport heralding a new era for flights to and from the region.

But the new aircraft needs a name and the airline is calling out for Aussies to help name the plane by asking them to comment on Bonza’s social media pages with their nicknames.

It is the first Boeing 737 MAX to be based in Australia and will be part of a fleet of brand new and fuel-efficient aircraft based initially on the Sunshine Coast and in Melbourne.

Bonza could be wheels-up as soon as late September.

“We are beyond excited to welcome our first aircraft to Sunshine Coast Airport and with so much buzz around the country for Bonza, we hope today is also exciting for the communities we’ll be flying to,” Bonza CEO Tim Jordan says.

“Our team of legends have been working hard behind the scenes to reach this significant milestone and so it was important that we were all here to welcome flight AB 001 together.” 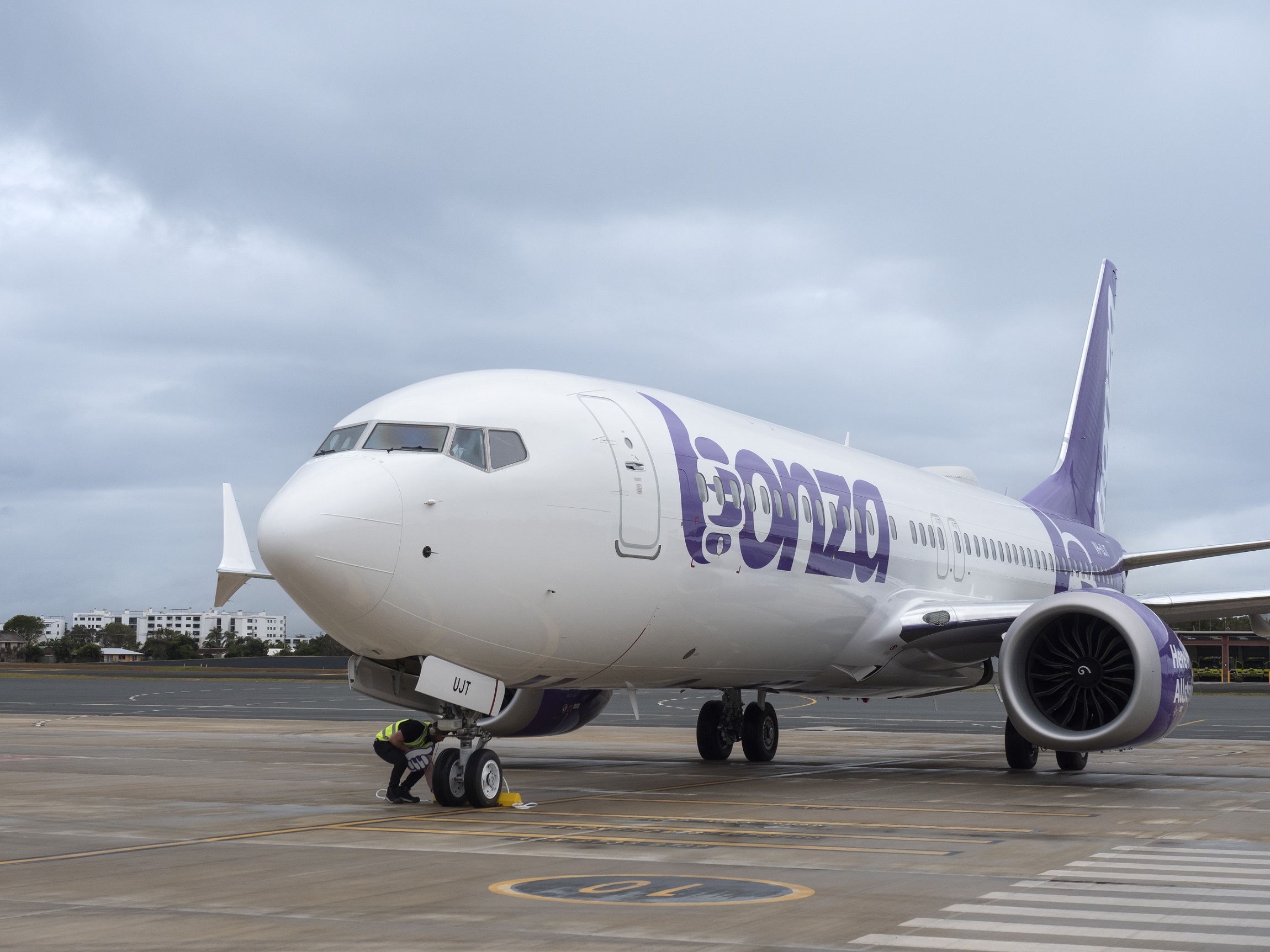 The aircraft that touched down today will be used as a spare aircraft.

“This is an exciting time for Australian aviation and most importantly, the Aussie travelling public who will now enjoy more choice,” Mr Jordan says.

“The arrival of Bonza is a game-changer for the Sunshine Coast that will create more local jobs and spearhead tourism and business growth across the wider region,” Mr Brodie says.