Extensive search for missing Nambour man Tarci Carey enters fifth day - A photo of missing Nambour man Tarci Carey on the last day he was seen has been released in the hope it will jog someone's memory as search efforts ...
Paramedics kept busy after two-car Buderim crash - A woman has been injured in a crash at Buderim this morning. Emergency crews were called to the two-car smash on the corner of William and Burnett ...
Munster the man at No.1 as Storm win big - Cameron Munster's fullback experiment has catapulted Melbourne back into NRL premiership calculations after the Storm held out ladder-leaders Penrith ...
AMBER ALERT: Police say four children abducted near Mackay - UPDATE: 8AM POLICE REVEAL DETAILS OF MAN Queensland police is continuing to appeal for urgent public assistance to help find four children taken b ...
Palmer to pay bulk of defamation costs - Clive Palmer will bear the majority of the costs from his defamation battle with Mark McGowan but West Australian taxpayers remain on the hook for som ...
Rugby league world mourns Paul Green loss - The rugby league world is in mourning following the shock loss of premiership-winning NRL coach Paul Green, with police confirming no suspicious circu ...
Manly NRL player found guilty of stabbing - Manly Sea Eagles hooker Manase Fainu will remain on bail over the weekend after being found guilty of stabbing a church youth leader in a brawl outsid ...
NRL tributes flow for the late Paul Green - Tributes are flooding in for premiership-winning NRL coach Paul Green following his sudden death at the age of 49.
Minister apologises for failing veterans - The federal government has apologised to Australian veterans and their families for failings in the way the defence forces and veterans' affairs depar ...
Deal to connect Qld wind farms sooner - One of the southern hemisphere's largest wind energy zones will be operating sooner after the federal government agreed to foot the bill to connect it ... 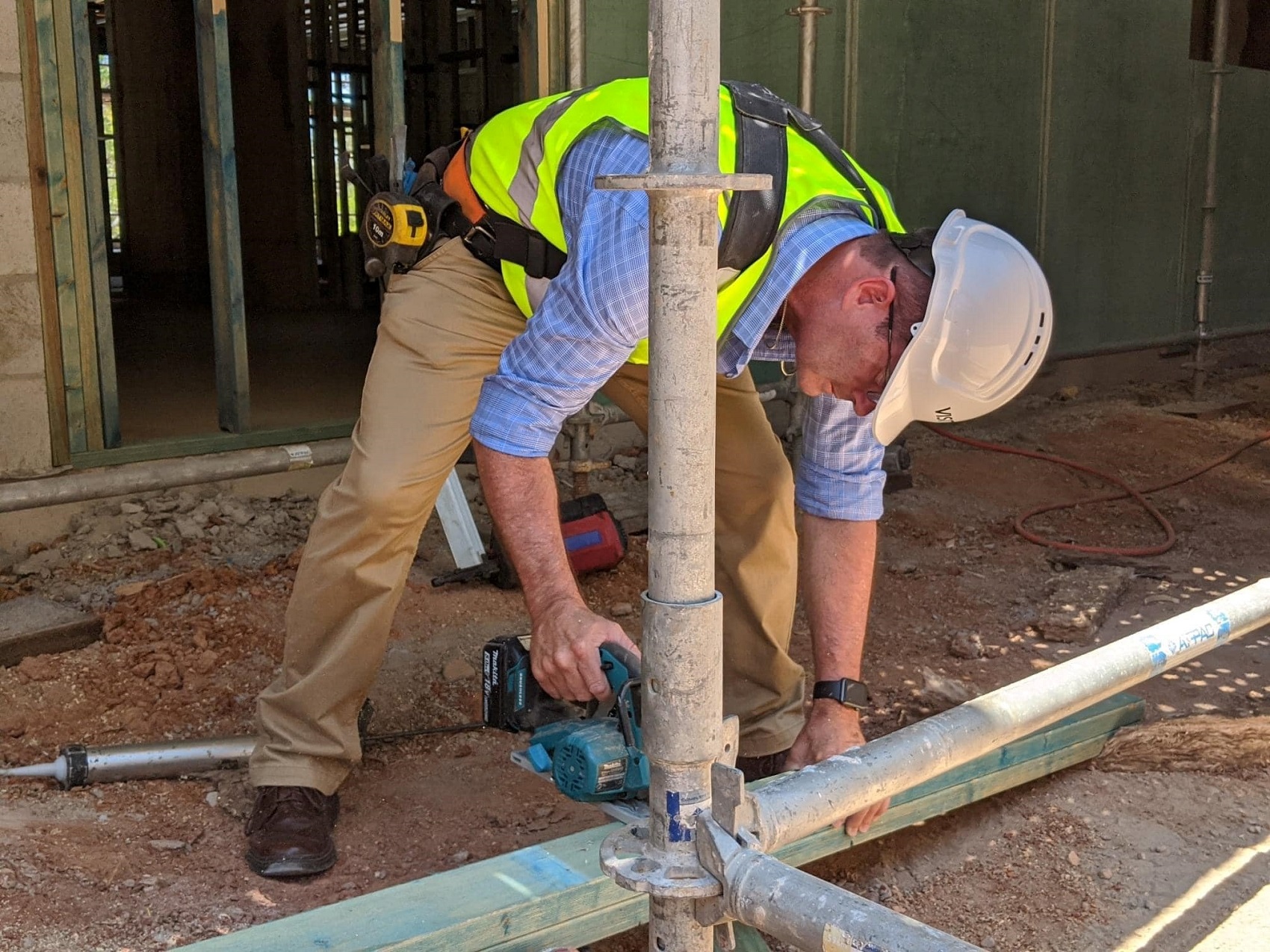 Fisher MP Andrew Wallace has blasted the Labor Government’s move to abolish the Australian Building and Construction Commission and says the hurried and uninformed decision will have a dire impact on the economy.

Labor went into the 2022 election promising to remove the construction watchdog, and Workplace Relations Minister Tony Burke says the ABCC's powers will be wound back before being dumped.

“We’re making sure construction workers have the same rights as other workers,” Mr Burke says.

“Under the previous Liberal and National government construction workers and their employers were subject to restrictions that don’t apply to workers in other industries.

“Today (Tuesday) I announced the Albanese Labor Government has amended the Building Code as another step toward ending the unfair treatment of construction workers. The next step is abolishing the ABCC altogether.”

But Mr Wallace says the decision will throw the construction industry into chaos at a time of labour shortages.

“Without a tough cop on the beat, Labor will once again open the door to chaos, lawlessness and abuse of power,” Mr Wallace says.

“That’s money taken out of budgets for schools, roads, hospitals, and other critical public infrastructure.

“There was no consultation with industry from Labor.”

The ABCC was created by the former Howard government to combat lawlessness in the construction industry.