Extensive search for missing Nambour man Tarci Carey enters fifth day - A photo of missing Nambour man Tarci Carey on the last day he was seen has been released in the hope it will jog someone's memory as search efforts ...
Paramedics kept busy after two-car Buderim crash - A woman has been injured in a crash at Buderim this morning. Emergency crews were called to the two-car smash on the corner of William and Burnett ...
Munster the man at No.1 as Storm win big - Cameron Munster's fullback experiment has catapulted Melbourne back into NRL premiership calculations after the Storm held out ladder-leaders Penrith ...
AMBER ALERT: Police say four children abducted near Mackay - UPDATE: 10AM FOUR CHILDREN FOUND SAFE AND WELL Queensland police have found the four children who were taken from The Leap, north of Mackay, safe a ...
Palmer to pay bulk of defamation costs - Clive Palmer will bear the majority of the costs from his defamation battle with Mark McGowan but West Australian taxpayers remain on the hook for som ...
Rugby league world mourns Paul Green loss - The rugby league world is in mourning following the shock loss of premiership-winning NRL coach Paul Green, with police confirming no suspicious circu ...
Manly NRL player found guilty of stabbing - Manly Sea Eagles hooker Manase Fainu will remain on bail over the weekend after being found guilty of stabbing a church youth leader in a brawl outsid ...
NRL tributes flow for the late Paul Green - Tributes are flooding in for premiership-winning NRL coach Paul Green following his sudden death at the age of 49.
Minister apologises for failing veterans - The federal government has apologised to Australian veterans and their families for failings in the way the defence forces and veterans' affairs depar ...
Deal to connect Qld wind farms sooner - One of the southern hemisphere's largest wind energy zones will be operating sooner after the federal government agreed to foot the bill to connect it ... 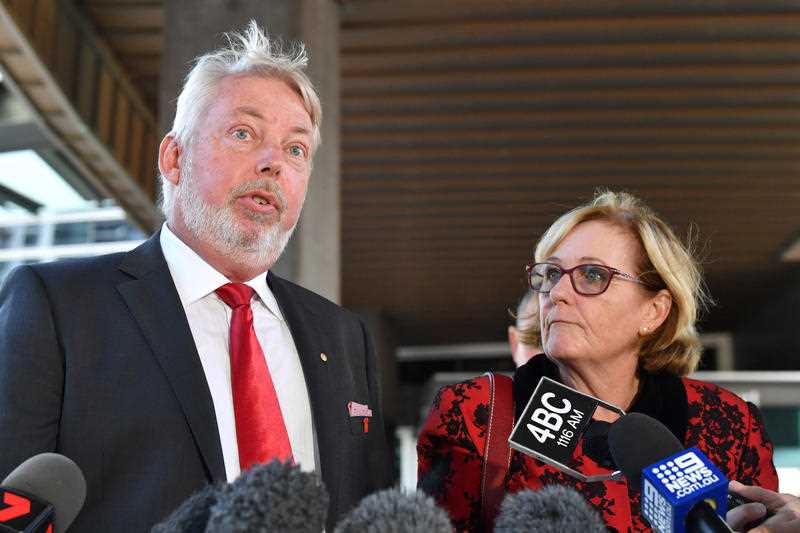 The parents of murdered boy Daniel Morcombe have slammed a new movie inspired by the investigation into the death of their son calling it “callously disrespectful” and “a low act”.

The Stranger premiered at Cannes earlier this year and will play at the Melbourne International Film Festival in August.

The film stars Joel Edgerton and Sean Harris and is written and directed by Thomas M Wright and tells the story of a fictional detective trying to a catch a killer in Australia. It is based on the decade-long investigation by police that led to the arrest of Daniel’s killer, Brett Peter Cowan.

Thirteen-year-old Daniel was abducted and murdered on the Sunshine Coast in December 2003. Cowan was convicted of murder.

The movie’s synopsis reads: “Two men who meet on a plane and strike up a conversation that turns into friendship. For Henry Teague, worn down by a lifetime of physical labour and crime, this is a dream come true.”

According to a May 2022 Variety article, Edgerton, also a producer on The Stranger, optioned Kate Kyriacou’s book The Sting: The Undercover Operation that Caught Daniel Morcombe’s Killer.

The movie “The Stranger” is not supported by the Morcombe family. Individuals who make money on a heinous crime are parasites. They are callously disrespectful to Daniel, the DMF & the Morcombe family. We find the making of the movie morally corrupt and cruel. Shame on you. pic.twitter.com/9FEFAp5g0G

But Denise and Bruce Morcombe have described those involved in the film as "parasites”.

“What a low act! I won’t be going to watch this movie. I won’t be recommending anyone go. The movie is not supported or sanctioned in any way by the Morcombe family,” they say.

“They have in my view been disrespectful to Daniel, his legacy and the Morcombe family. I question the investors, producers, directors, cast and crew’s personal values and judgment.

“I won’t endorse it, because this is a very painful reminder for our family which triggers unimaginable personal hurt.

“Next year will mark 20 years since we lost Daniel. The passage of time does not make it any easier. Personally, I find the making of this movie morally corrupt and a cruel, callous, selfish cash grab by all involved. Shame on you.

“I recommend the public stay away from it and either save their money or consider donating it to the Daniel Morcombe Foundation.”

The producers of the film released a statement after the Morcombe’s comments.

“The Stranger is a fictionalised account of the undercover police operation that resulted in a successful murder prosecution," they say.

“Out of our deepest respect for the family, the name of the victim is never mentioned in the film and the film does not depict any details of the murder. Nor is the family represented in the film in any way.

“Instead, it tells the story of the unknown police professionals who committed years of their lives and their mental and physical health to resolve this case and others like it.

“When the film was first in development, the producers approached the family to make them aware of the film. They declined to be involved. It is a decision we continue to respect.”