Alcott takes Australian of the Year mantle - Newly minted Australian of the Year Dylan Alcott has vowed to use his title to improve the lives of people living with disabilities.
Tame's fight 'for as long as it takes' - Grace Tame ensured her final hours as Australian of the Year were neither quiet or forgettable.
Head of Qld corruption watchdog resigns - Queensland Crime and Corruption Commission chairperson Alan MacSporran has resigned, saying his relationship with the watchdog's parliamentary oversig ...
Police call for witnesses after robbery at Beerwah - Police are calling for witnesses after a man robbed a Beerwah business last week. A man entered the Moroney Place business and forced a male employ ...
Nambour’s new 1.7ha 'green' park coming to fruition - Nambour has a new 1.7ha parkland area filled with shaded picnic areas to relax and a dog off-leash area for canines to discover. Sunshine Coast Cou ...
'Criminal actions' led to stuntman's death - A stuntman filming an underground poker game scene for a hip-hop song was shot dead with a sawn-off firearm that should never have been on set, a Bris ...
'Too complex, too early': Noosa short-stay laws start from February 1 - New laws seeking to manage loud aggressive behaviour such as &ldquo; excessively loud cheering, clapping or singing&rdquo; at Noosa short-s ...
Indigenous advocates welcome freed flag - Members of the Indigenous community and advocates have welcomed a historic deal transferring the Aboriginal flag to public use for the first time.
Potential rate rise to add to virus woes - Australian consumers and businesses, already hit by the rapid spread of the Omicron variant of COVID-19, now face the risk of an interest rate rise by ...
Woman drowns at Marcus Beach as lifeguards warn of unstable waters - A woman has drowned during an early morning swim at a Noosa beach.The woman, in her 50s, was pulled from waters at Marcus Beach after a couple of su ... 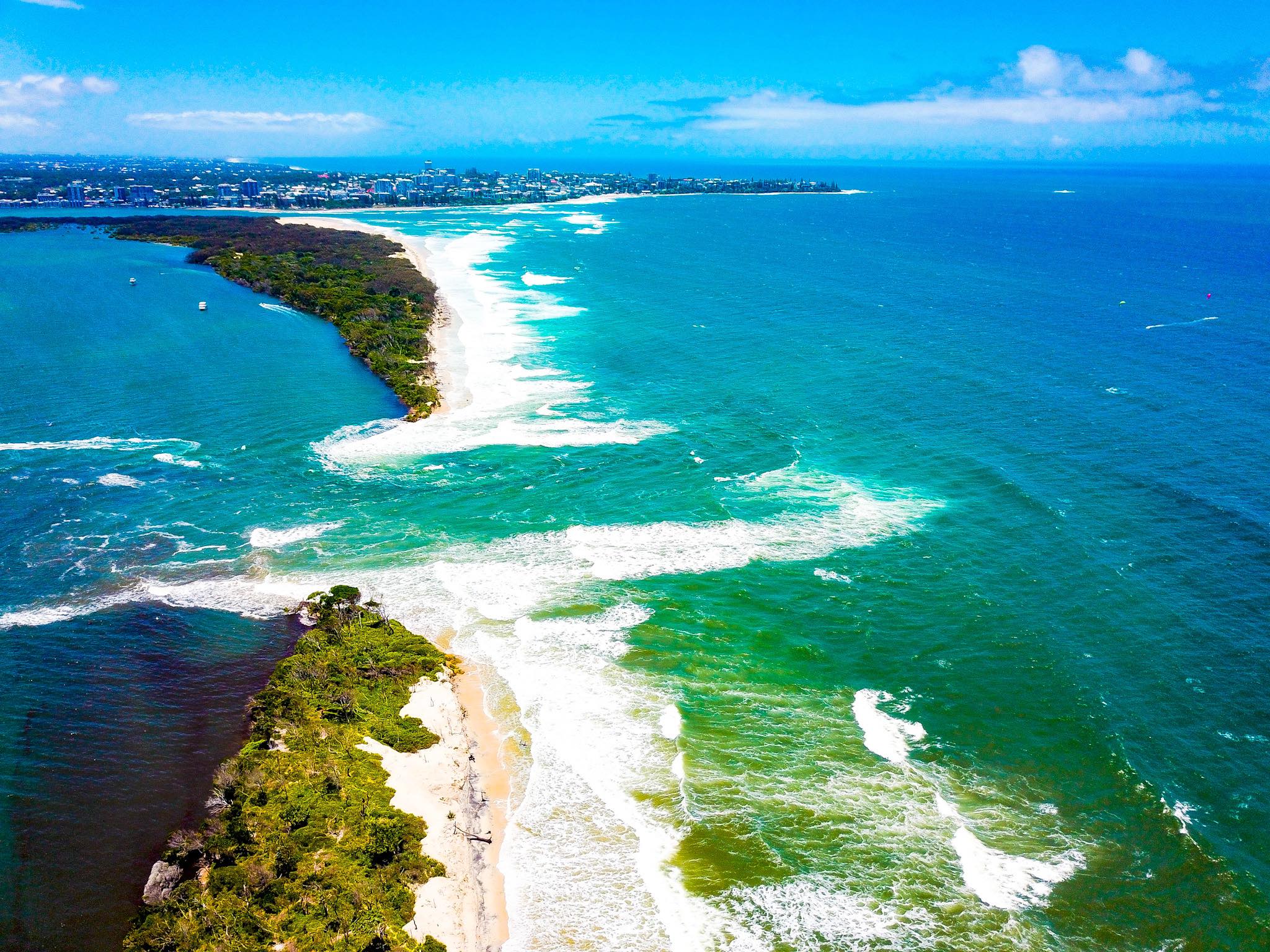 There is unlikely to be any adverse impact to the Golden Beach community as a result of Bribie Island’s tidal breakthrough.

That’s the assessment from the Department of Environment and Science, who sent out a scientist to conduct a site analysis on Tuesday.

A potent combination of king tides and a storm surge caused by ex-tropical cyclone Seth blasted a path through to the Pumicestone Passage near Golden Beach on Sunday.

The northern tip of the island effectively cut in two as water poured through ripping out trees and vegetation.

While conditions have eased, water continues to surge through as the breach widens from about 50m on Monday to about 200m today. Many locals fear if the breach opens up completely, many of the beaches at Caloundra will silt up.

The latest breach comes a little more than a year after a similar event in December 2020.

A spokesperson for the department says it will continue to monitor the breakthrough, and boaties and people on Bribie Island are advised to avoid the area due to instability caused by the current weather event.

“The northern section has eroded and broken through due to unusually high tides and large waves associated with the weather system currently affecting Queensland’s east coast,” the spokesperson says.

“This section of Bribie Island is currently closed to vehicle traffic. It is unlikely that there will be any adverse impact to the community at Golden Beach.”