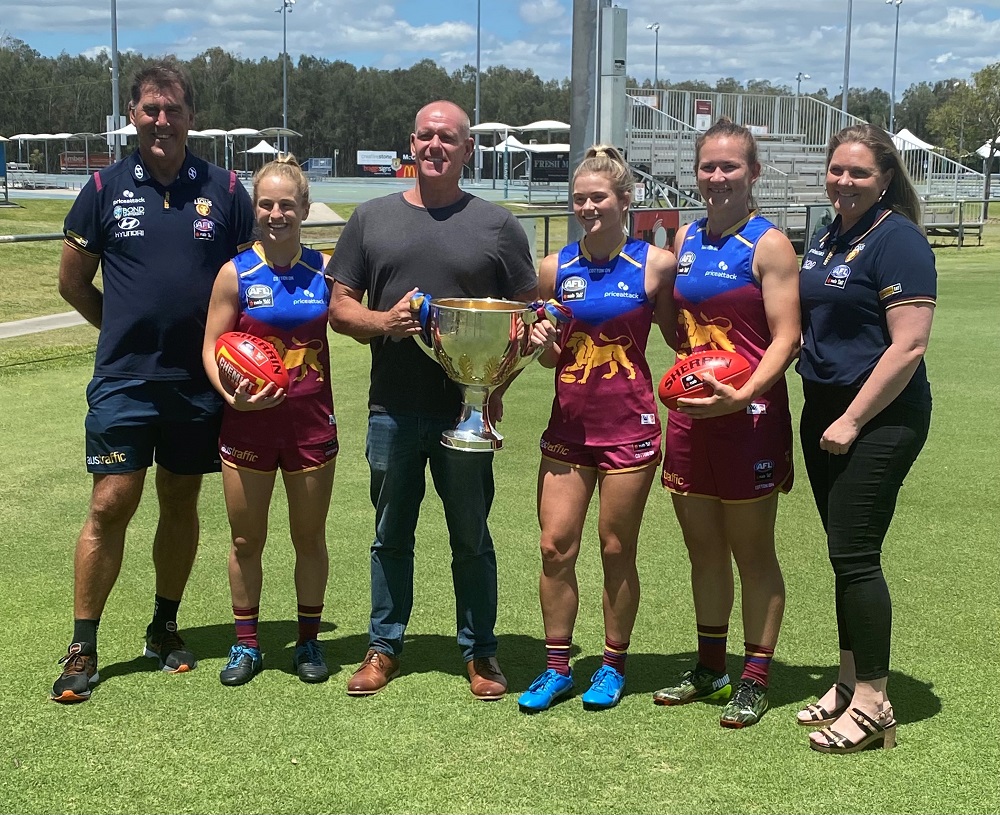 The Brisbane Lions will defend their AFLW Premiership title from the Maroochydore Multi Sports Complex, which has been unveiled as the club’s home ground for next season.

In a massive coup for sports fans in the region, the club will be entrenched in Lions heartland with the Sunshine Coast boasting the second largest member and fan base in Queensland outside of metro Brisbane.

The Sunshine Coast has also produced several Lions talent through the years.

AFLW foundation players Shannon Campbell and Sharni Webb are among those who hail from the Sunshine Coast, while Belle Dawes, Lily Postlethwaite, Maggie Harmer, Bella Smith, Mikayla Pauga all emerged from the Maroochydore Roos program.

6 of our players have come out of the Sunny Coast ☀️ They can’t wait to play AFLW back on their home deck 😍 #Uncaged pic.twitter.com/fLjGHOZxAt

AFL stars Eric Hipwood and Jack Payne are also from the region.

The complex underwent a $2.7m upgrade last year that included construction of a new multi-sport field with hybrid turf plus lighting interchange boxes for players, coaches’ boxes and earth mounds for spectator viewing

The Sunshine Coast will be the team’s fifth home ground in six years, ahead of the club’s move into a permanent home out at Springfield ahead of the 2023 NAB AFLW season.

Brisbane Lions head of women’s football Breeanna Brock said minimizing disruption to local football clubs was front of mind in the Lions’ search for a home ground after the start date to the 2022 season was delayed.

“It’s an exciting prospect to call the Sunshine Coast our home this season,” Brock said.

“Our club has strong ties to the region and we can’t wait to bring our exciting brand of football up here.

“When we were considering where to play our games this season, it was really important to us that we found a home ground that caused the least possible disruption to local clubs while also having the capacity to host finals and that’s exactly what the Maroochydore Sports Complex offers us.

She had a breakout season in 2021, now Cathy Svarc is driven to take her game up another notch in 2022! pic.twitter.com/zjYet7jUco

Brock said the Sunshine Coast has such a rich and passionate football history, and we see this as a great opportunity to play in front of more loyal Lions supporters before we make Springfield our permanent home next season.”

The move has been made possible with help from Sunshine Coast Council.

Council economy spokesman Jason O’Pray said the council was excited to be part of the AFLW journey and welcomed the Brisbane Lions women’s team to their new home away from home on the Sunshine Coast for the 2022 season.

“We’ve hosted plenty of AFL pre-season camps at Maroochydore Multi Sports Complex, including the 2021 AFL Premiers the Melbourne Demons, as well as acted as a hub for five teams during the 2020 pandemic so it seems perfectly fitting to welcome the Brisbane Lions women’s team as well,” councillor O’Pray said.

“Council would work closely with local groups to ensure access continues with some schedule changes expected once the AFLW fixtures are known.”

This initiative is being supported as part of the 2019 Queensland Bushfires Local Economic Recovery Program and jointly funded from the Commonwealth and Queensland Governments.