Young man "happy to be alive" after beach BBQ explosion 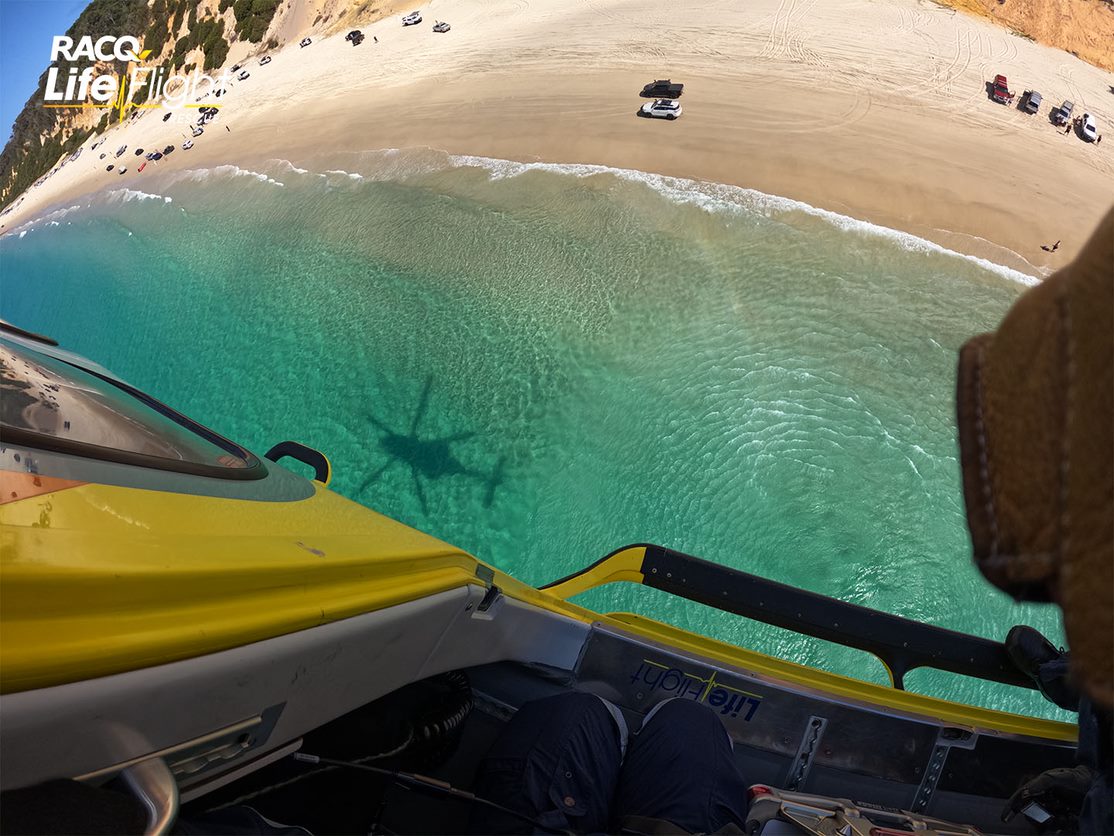 Cooking snags on the back of his ute was a "stupid thing to do", according to a young man burnt in a beach barbeque explosion at Rainbow Beach.

Lochy Black, who is in his 20s, was airlifted to hospital in Brisbane with serious burns to his arms and body, after his car burst into flames around 1.19pm on Saturday.

He has since taken to a community Facebook page to say he's on the mend.

"I'm doing well, got off really lucky with most of the burns," he wrote.

"Just happy to be alive."

Lochy says he had been cooking sausages on the tray of the vehicle, next to a jerry can that had "puffed up" from the sun, when the fumes caught alight and the canister exploded.

"Such a stupid thing to do but just wasn't thinking about it, mistakes happen, I guess."

He's also thanked everyone who helped save him.

"Just want to say a massive thank you to everyone of you absolute legends who where helping me on the beach.

"I really can't thank you all enough." 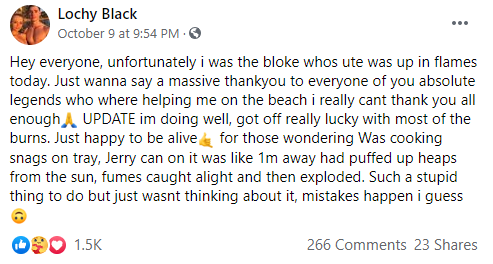