Booster shot rollout begins after approval - The first aged care residents have received their COVID-19 boosters, after a third vaccine dose was approved by the country's peak advisory group.
Berejiklian, Maguire tale of love and kids - Gladys Berejiklian will soon have her say at an inquiry investigating her secret relationship with former NSW MP Daryl Maguire, after he revealed they ...
'Super excited': Brisbane Roar sign Sunshine Coast's Jez Lofthouse - Brisbane Roar has signed promising Sunshine Coast football star Jez Lofthouse to a two-year deal to play in the national A-League competition. The ...
Shock as Qld’s CHO-to-be Krispin Hajkowicz will no longer take on the job - The man hired to replace Dr Jeannette Young as the new chief health officer will no longer take on the job for &ldquo;personal reasons&rdquo ...
NSW warning on COVID-19 spreading indoors - As NSW vaccination rates continue to improve, health authorities are warning even fully jabbed people can catch the virus after an outbreak at a Sydne ...
Renowned chef Peter Kuruvita to open culinary hub on Sunshine Coast - Celebrity chef Peter Kuruvita has revealed ambitious plans for a culinary precinct on the Sunshine Coast featuring a cooking school, restaurant, ca ...
Tougher vaccine exemption rules for Vic - Victoria will tighten rules for medical exemptions to COVID-19 vaccinations in a crackdown on people doctor shopping and pressuring GPs for exemptions ...
Qld to reach 90 pct vaxed by early 2022 - Queensland is set to have 90 per cent of its eligible residents fully vaccinated against COVID-19 by early next year, but authorities are yet to outli ...
When will Queensland hit its 90pc vaccination target? - The man leading the vaccination roll out in Queensland is confident the state will reach its 90 per cent target by &ldquo;very early next year&a ...
Hajkowicz steps down as incoming Qld CHO - Queensland's incoming chief health officer Dr Krispin Hajkowicz will no longer take up the role for personal reasons. 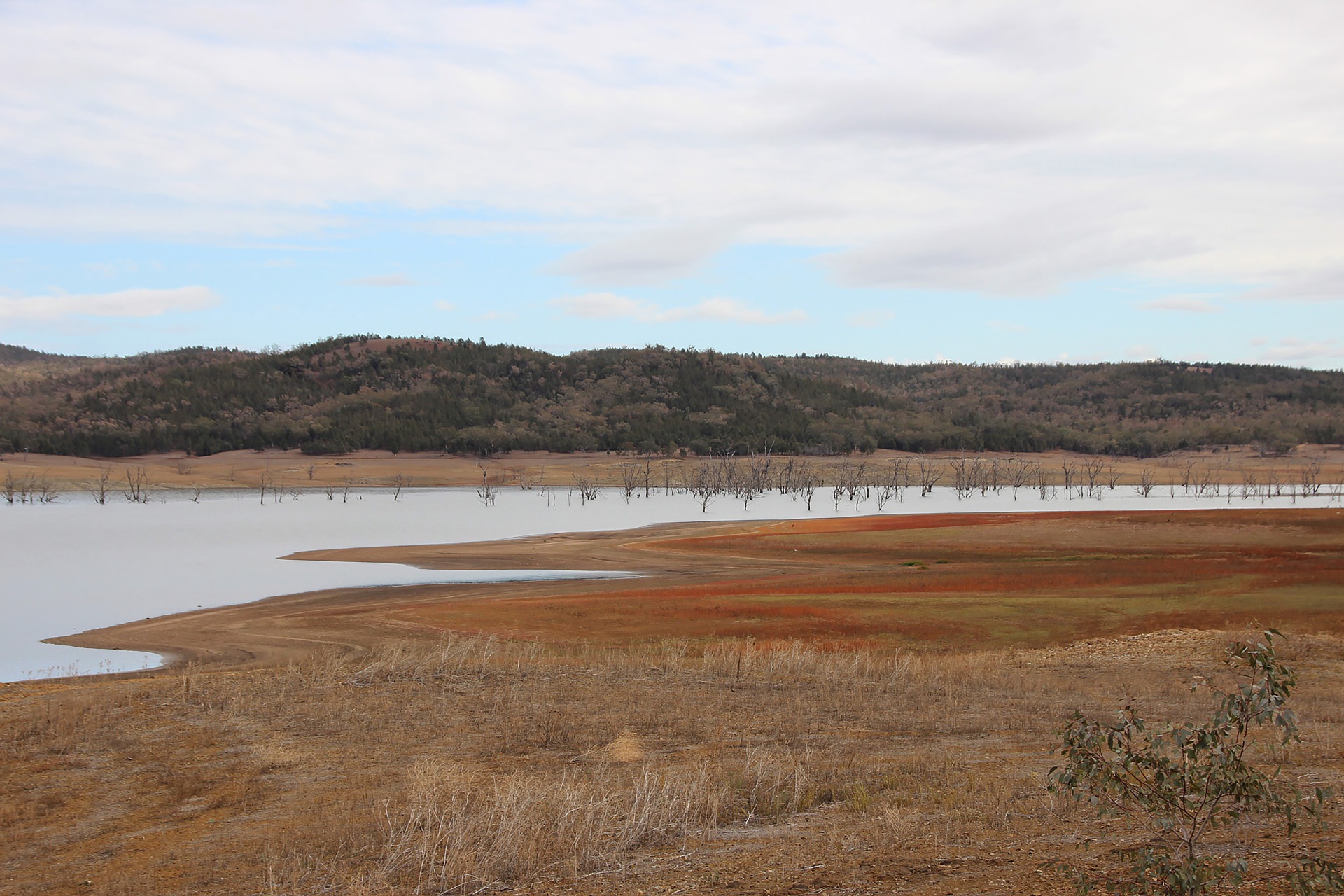 Drought is continuing to impact parts of Queensland as the state records below average rainfall for winter.

Severe rainfall deficiencies remain in place for Capricornia, Wide Bay and Burnett districts and the Central Highland, while the South-East recorded less than average falls for September.
Meteorologist Livio Regano says many areas are still grappling with drought and will for months ahead.
"It's more a case of the baseline of the last 1-2 years has been low, we still haven't recovered from the drought between 2017-2019," he says.
"That's the problem, we're coming off a really bad baseline.
"In terms of real berth of rainfall where the rainfall deficiency is serious or severe, most of that is confined to the Capricornia or Wide Bay Burnett, less to the South-east coast.
"But the South-East coast isn't doing great, the dams certainly need a lot of help."
He says unfortunately, there is not much reprieve in sight.
"Even though the seasonal outlook is promising for above median rainfall, October traditionally is a pretty dry month except for the odd late evening thunderstorm.
"So we're left in this uncertain situation where the Wide Bay, in particular, has missed out."
If you have information on something happening near you or wish to contact the newroom use this link
Contact the Newsroom