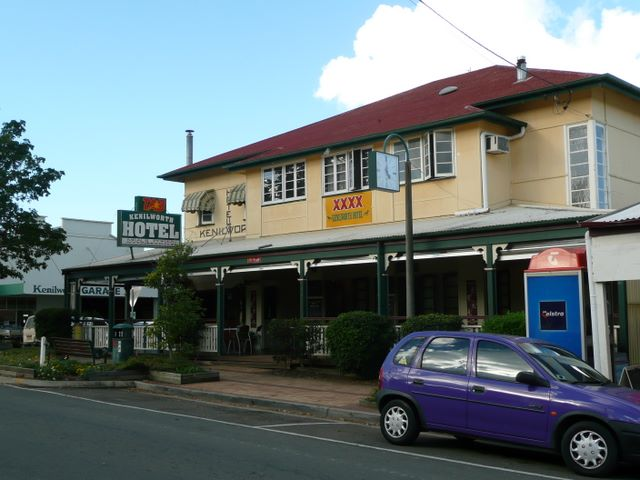 A Sunshine Coast publican desperate for staff is offering a $1000 cash incentive to prospective employees.

Kenilworth Hotel owner Steve Conway says recruiting staff has been an issue for the hinterland town for the past several years and the pandemic has simply exacerbated the problem.

He says it's not just the hospitality industry that is feeling the employment pinch with other sectors in Kenilworth also struggling to recruit.

"We were just bewildered by the fact that on the Sunshine Coast there's 11,000 people out of work and we couldn't get people to submit an application or turn up for an interview," Mr

"For the last three years business has been on the rise across the board in town, and with that comes the need to hire extra staff, which has been a problem for everybody in town."

Mr Conway says the flow-on effect of the backpacker shortage crippling the hospitality industry across Queensland means a situation where there are excess jobs, but a lack of workers.

This means Mr Conway is working long hours to keep his venue open. He considered going through a recruitment company, but then decided to go with an outside-the-square approach.

He offered a $1000 cash bonus to a new employee who stayed with the hotel for six months.

"Why not give it (cash) to the people who are going to be doing the work and offer them a cash incentive to come and work for us and stay with us," he says.

Unbelievably, even with a cash bonus, Mr Conway initially failed to attract any job seekers.

"We got a few a little bites, arranged interviews, but nobody showed up," Mr Conway says.

But now after catching the attention of the media, Mr Conway has hired one new employee and received an avalanche of applications.

While Mr Conway admits his fortune may have changed in the short-term, he remains concerned about a lack of interest from people to work in regional Queensland depsite the many jobs available.

"There are hundreds of jobs out there in hospitality," Mr Conway says.

"Jump on there (Seek), come up here, it's the greatest part of Australia to live."