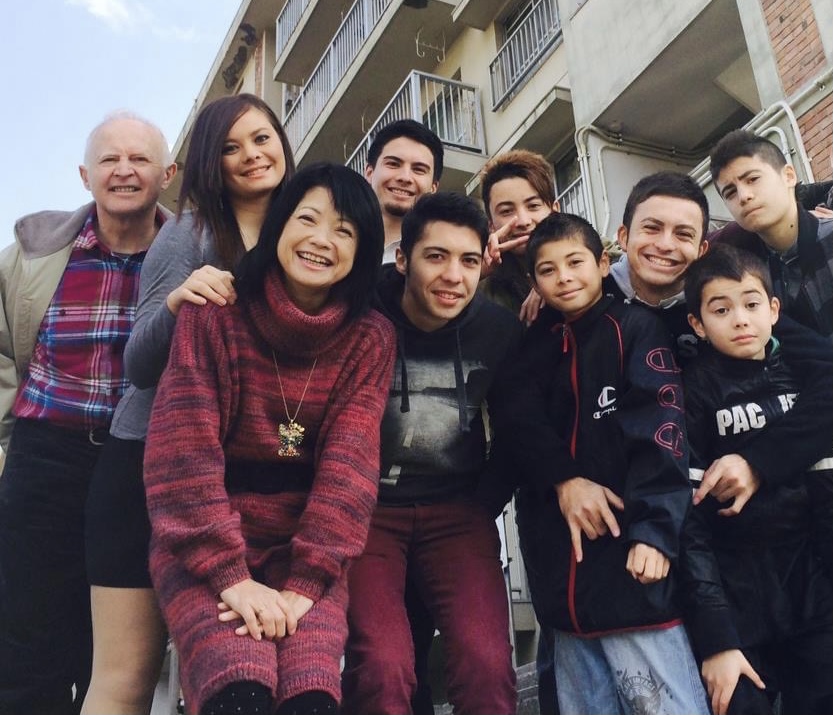 A Japanese-Australian family living on the Sunshine Coast and once compared to the Kardashians has become a YouTube sensation during COVID-19.

Iori Forsyth grew up in Japan, and her family of 10 quickly caught the attention of TV producers due to their unique background - dad an Aussie from the Sunshine Coast, mum from Japan, plus, big families are a rarity in Japan.

From primary school age, Iori and her family starred in several reality TV shows about big families and quickly shot to fame in premises similar to Keeping up with the Kardashians.

"We do get compared to the Kardashians.

"We are very different from the Kardashians, I would say, but we do get compared to them because of the concept of the show is quite similar."

Iori, 32, says the last show the family appeared in was in 2013 when she moved to study at the University of the Sunshine Coast.

Some of her siblings moved to the Coast a year later.

Iori says the family has adjusted from being recognised on the streets of Japan to a life of anonymity in Australia with her younger brothers and parents still living on the Coast.

With the family separated due to the pandemic last year, Iori, now based in Sydney, along with her siblings, decided to make a video to wish their mum a happy Mother's Day.

"We put it on YouTube to show our mum and that video went viral," she says.

"We got a lot of comments to make more videos so we went with the flow. We do enjoy making content together."

The family now has almost 70,000 YouTube subscribers with plenty of hilarious videos, including epic Macca's and Hungry Jacks runs, while touching on the cultural differences between Japan and Australia.

"Our aim for our YouTube is to connect our two home countries - Japan and Australia," Iori says.

But one of the family's most popular videos shows Iori's brother, Ukyou, coming out to the family, and Iori says that video struck an emotional chord with viewers.

"Japanese people are still quite reserved and LGBTQ topics can still be taboo especially in regional Japan," she says.