Noosa MP to vote in favour of voluntary-assisted dying bill 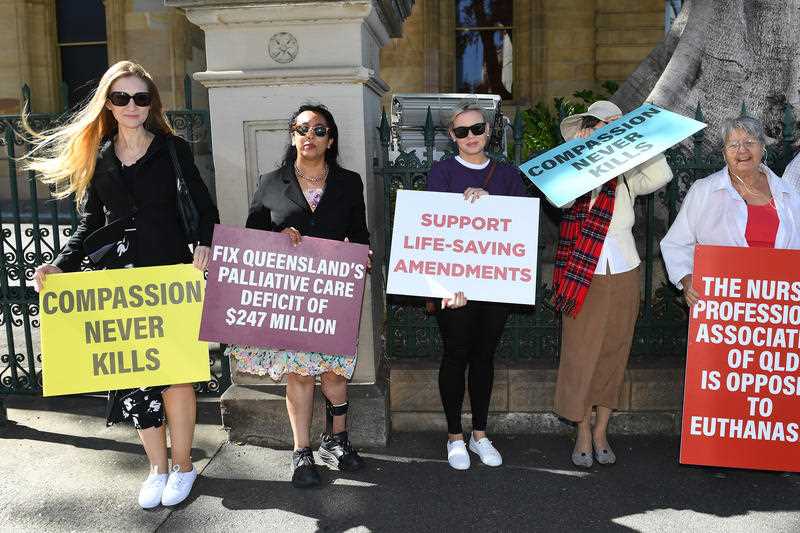 Noosa Independent MP Sandy Bolton will vote for the voluntary-assisted dying bill because her community is largely in favour of it.

Parliament has begun debating the bill, which would give a person who is terminally ill the option to access medical assistance to end their life.

A person must have been diagnosed with a disease, illness or medical condition that is advanced, progressive and expected to cause death within 12 months.

The person must be at least 18 years old, have decision-making capacity, make one verbal request and two written requests, and, have those requests have to be signed off by two doctors who are independent of each other.

Ms Bolton told Grant Broadcasters about the many heartbreaking stories of locals being forced to fly overseas to access voluntary-assisted dying, leaving behind family, friends when they need their support most.

Ms Bolton says she has viewed the bill, sat in numerous forums and taken into account her community's view where surveys have indicated 90 per cent support the bill.

"I also believe an MP's role is to take forward the voice of their community regardless of their own viewpoints," she says.

"This isn't per se what I believe but Noosa has spoken fairly clearly about their support for that right to choose.

"I want to thank not only my own community but across Queensland going back to when this all started that all viewpoints be shared with respect, compassion and love. That has been done."

Katter’s Australia Party will not support the voluntary assisted dying bill, and instead is petitioning for the state government to increase funding for palliative care.

KAP leader Robbie Katter moved an amendment to the bill, demanding it be put on hold until the government committed more money to end-of-life care.

"All Queenslanders deserve choice in their own ending," he says.

MPs will continue debating the bill today, before it goes to a vote tomorrow.

If the legislation passes, Queensland will become the fifth state to legalise voluntary assisted dying.

The law would come into effect from January 2023.