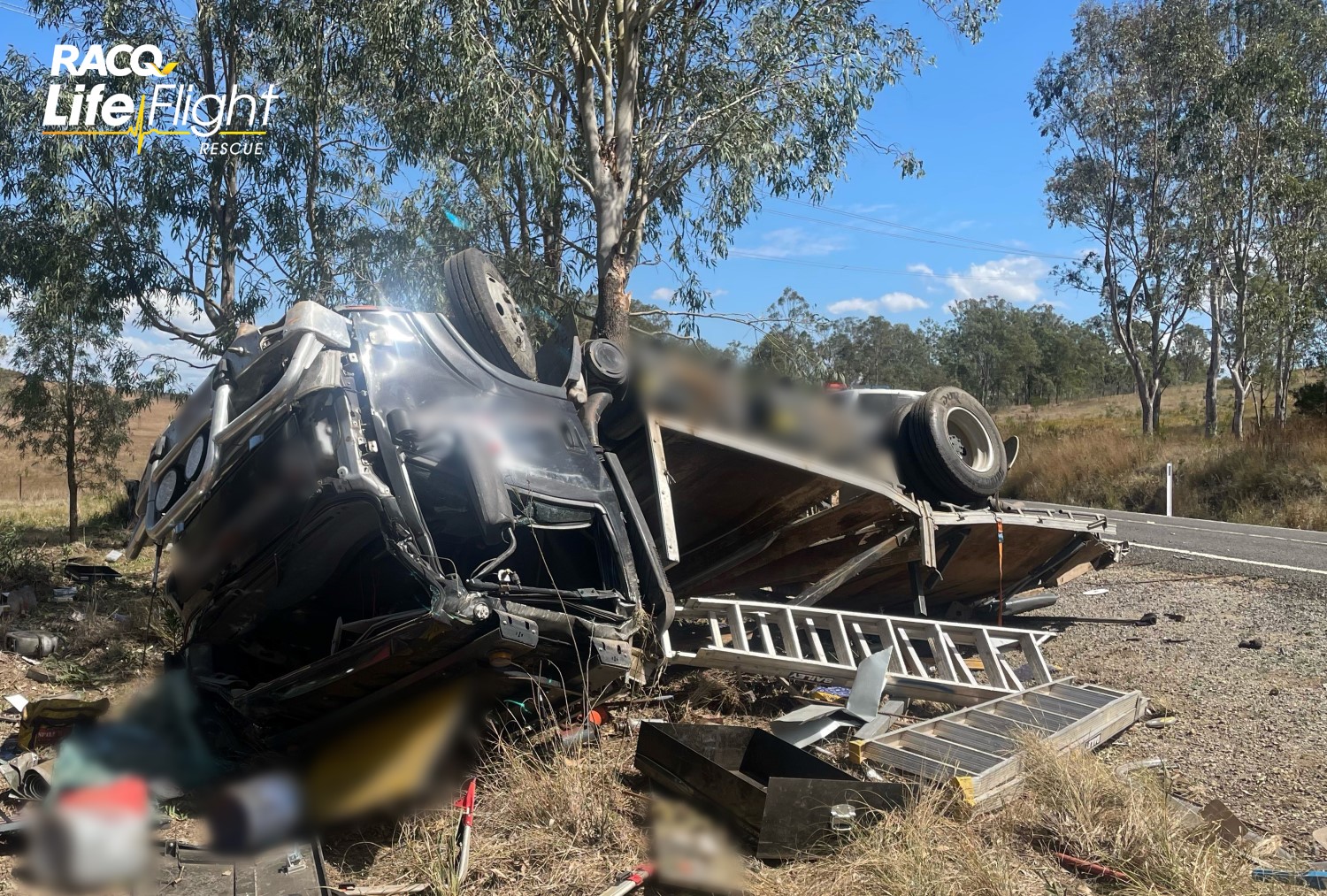 A man has been flown to hospital after suffering multiple traumatic injuries in a truck rollover today.

The Sunshine Coast RACQ LifeFlight Rescue helicopter airlifted a man to hospital in Brisbane, after he was injured in a truck rollover, in the Somerset region.

It's believed the patient, who is aged in his 30s, was one of three people travelling in the vehicle, when it crashed.

The rescue chopper was called to the scene just before 11am.

The RACQ LifeFlight Rescue pilot was able to land the aircraft in a paddock, near where the incident happened before police drove the aeromedical team closer to the scene.

He was flown to the Royal Brisbane and Women's Hospital, in a stable condition.