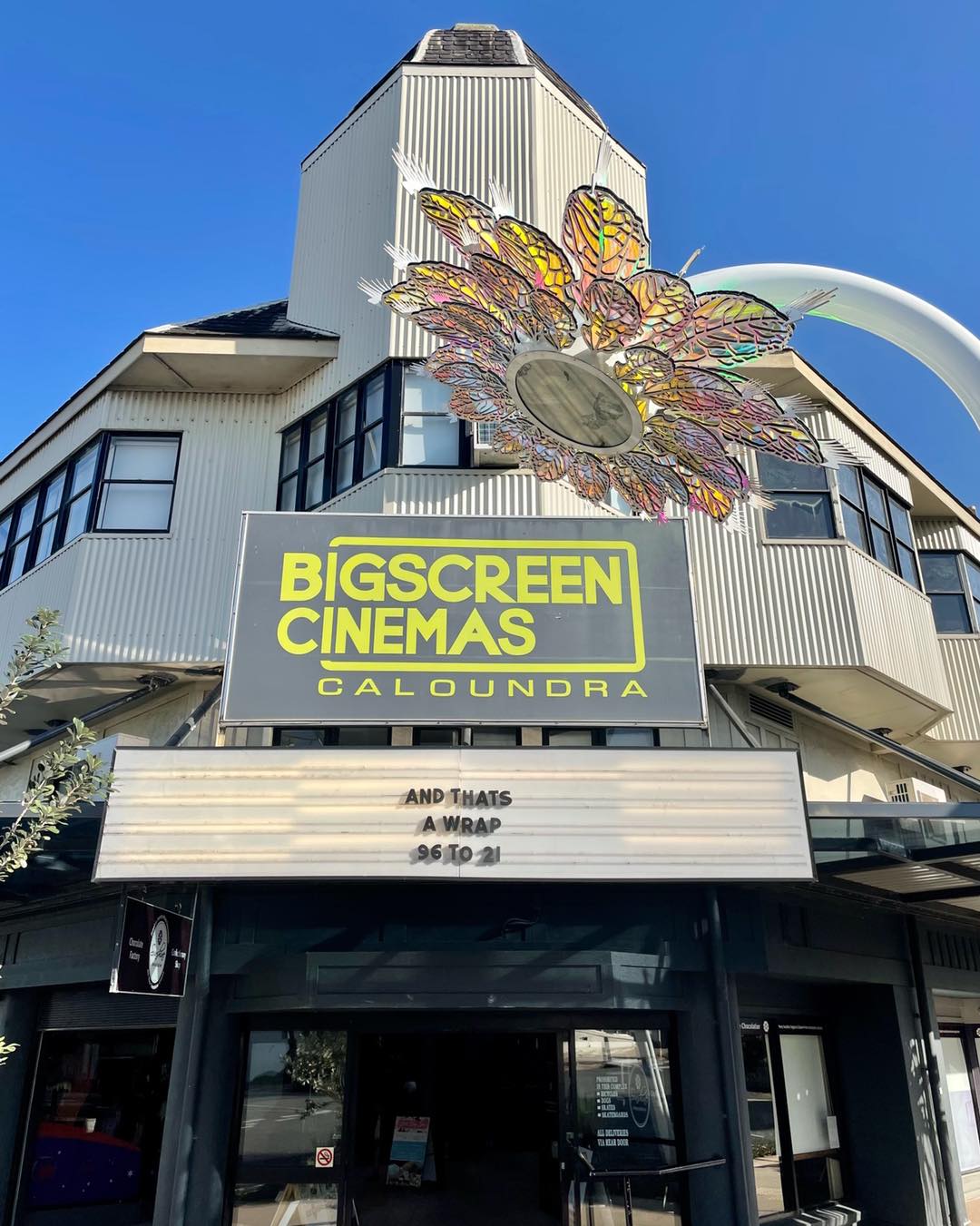 It’s the end of an era as a beloved Sunshine Coast independent cinema shuts its doors after a quarter of a century entertaining movie lovers.

A potent combination of lockdowns, restrictions and Hollywood studios delaying their blockbusters for the past 18 months due the COVID-19 pandemic has finally taken its toll on Big Screen Cinemas Caloundra.

The cinema, owned by Nick Struik since 1996, announced via Facebook that it would not be reopening after being closed since July, but did not disclose a reason for its demise.

In July it closed due to “unforeseen reasons”.

“We have been closed for sometime now and as some of you may have guessed, we unfortunately will not be reopening our doors.

“We would like to take a moment to thank all of our customers for supporting our small family business over the last 25 years.

“It has been an absolute joy to be part of your lives.

Big Screen CInemas, on the corner of Bulcock Street and Knox Avenue, has been the site for reasonably priced family outings, first kisses and a plethora of independent movies, major blockbusters and foreign film festivals.

There was an outpouring of emotion on social media with many lamenting the news.

“Thanks Big Screens for allowing big families the opportunity to take their kids to the movies without having to take out a second mortgage,” Jules Leigh wrote.

“Very sad to hear this," Michele Jackson says. "I’ve loved seeing movies in Caloundra and for 14 yrs have avoided the other cinemas thank you for everything xx,”

“Thank you Caloundra Cinemas for many years of fantastic entertainment. We went to the Strand when there were slingback canvas seats and wooden floors. Always loved going to our local cinema. So sad about this,” Jude Marsh wrote.

Jessica Mitchell spoke of how the cinema played a central theme in her life.

"I have so many wonderful memories of this place, at every stage of my life. My Dad and I saw dozens of movies here when we lived just around the corner, he sadly passed last year, but I know he’d have said the same. Thanks for the memories," she wrote on the cinema's Facebook page.

An independent cinema has been part of the Caloundra streetscape since the 1930s.

The cinema’s website details the history with its “humble yet rich beginnings through the efforts of a builder named Mr. H.M. Dean” before it became the Strand Cinema in 1937.

“Even then, The Strand was a prominent structure in Bulcock Street and is reputed to have provide only the best movie entertainment in the frontier,” the blurb reads.

“'The Strand' theatre was demolished in February 1979 to be replaced by a new shopping complex constructed on in the same site. The new 'Strand', with a single screen cinema as its focal point was opened in 1980.”