Grandmother injured after car flips and crashes into ditch 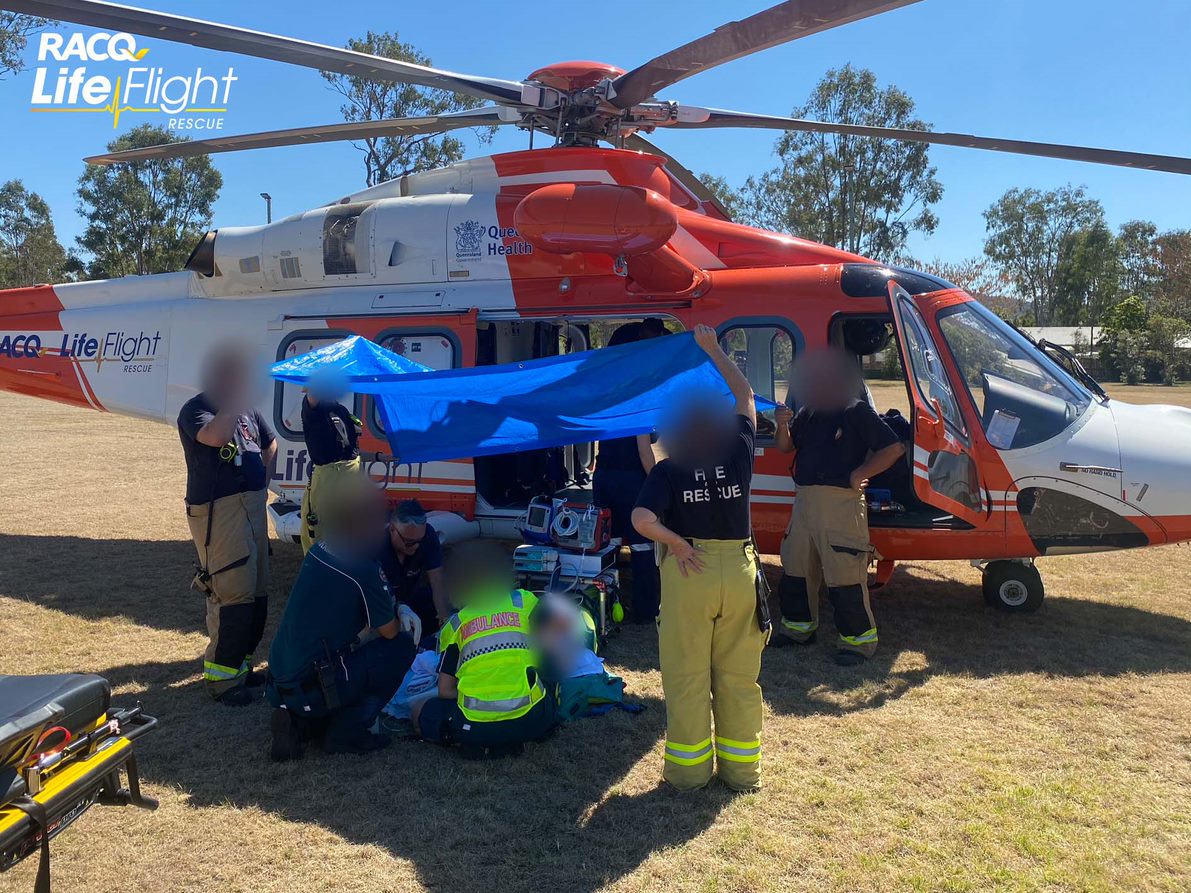 A grandmother has been flown to hospital after crashing down a ditch while on her way to a grandchild's graduation event.

The woman in her 70s was driving behind her husband in a separate vehicle, when she lost control around a bend at the Wide Bay Highway and Fraser Street intersection near Kilkivan, around 8.23am on Saturday.

Her car ran off the road and flipped end-over-end, before crashing three metres down a ditch.

She suffered multiple serious injuries in the crash.

The patient's husband was present as police, firefighters, paramedics and the aeromedical team worked together to transfer the injured woman into a waiting rescue chopper, which had landed nearby.