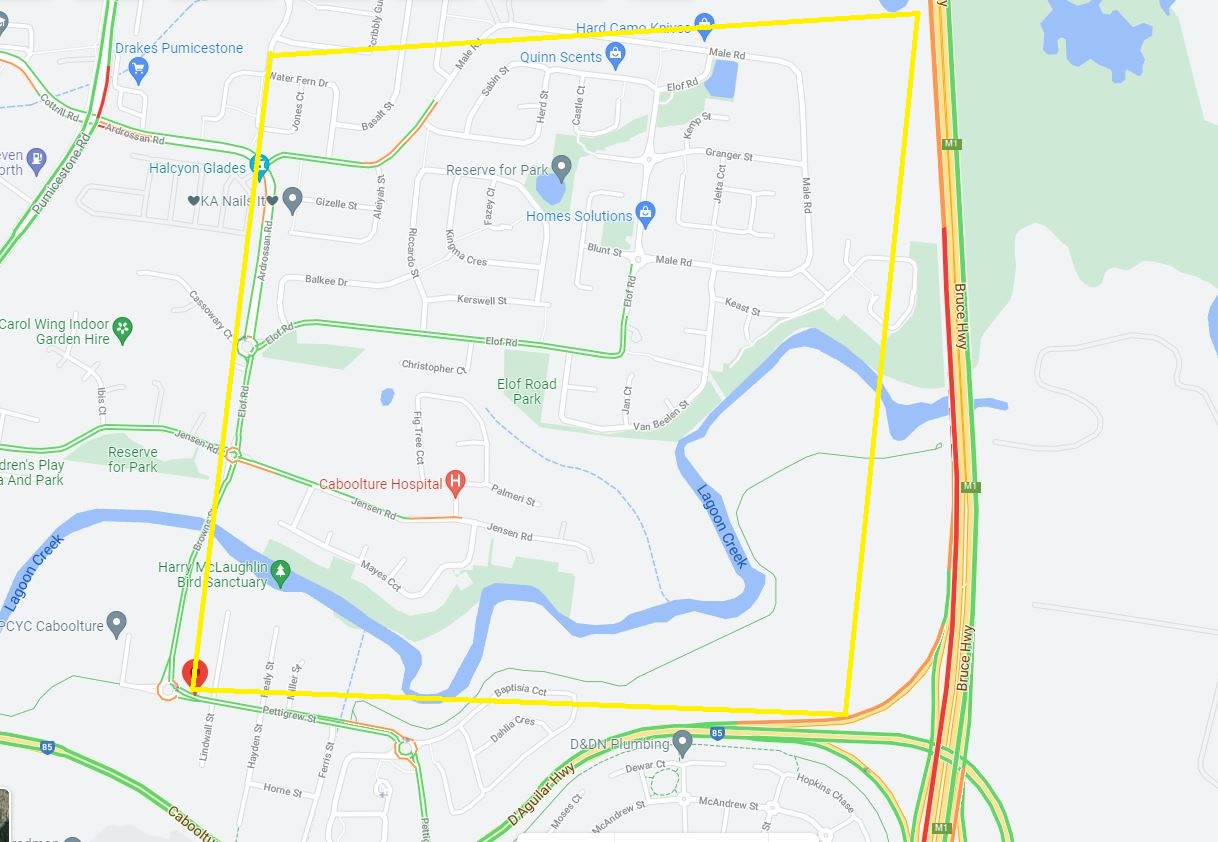 Police have made an emergency declaration under the Public Safety Preservation Act  due to an ongoing incident at Caboolture.

Just before 11am police responded to unconfirmed reports that a man, believed to be in a stolen car that was parked on the side of the D’Aguilar Highway, had fired shots before running into nearby bushland.

Members of the public are advised to use alternate routes and avoid this area. Police are hunting a suspected gunman in Caboolture with police cordoniong off an area near a major highway.

Police are searching for the driver of a suspected stolen vehicle in Caboolture.

They've cordoned off an area near the D'Aguilar Highway.

There are reports the man is armed with a gun but police say there is no confirmation of a weapon.