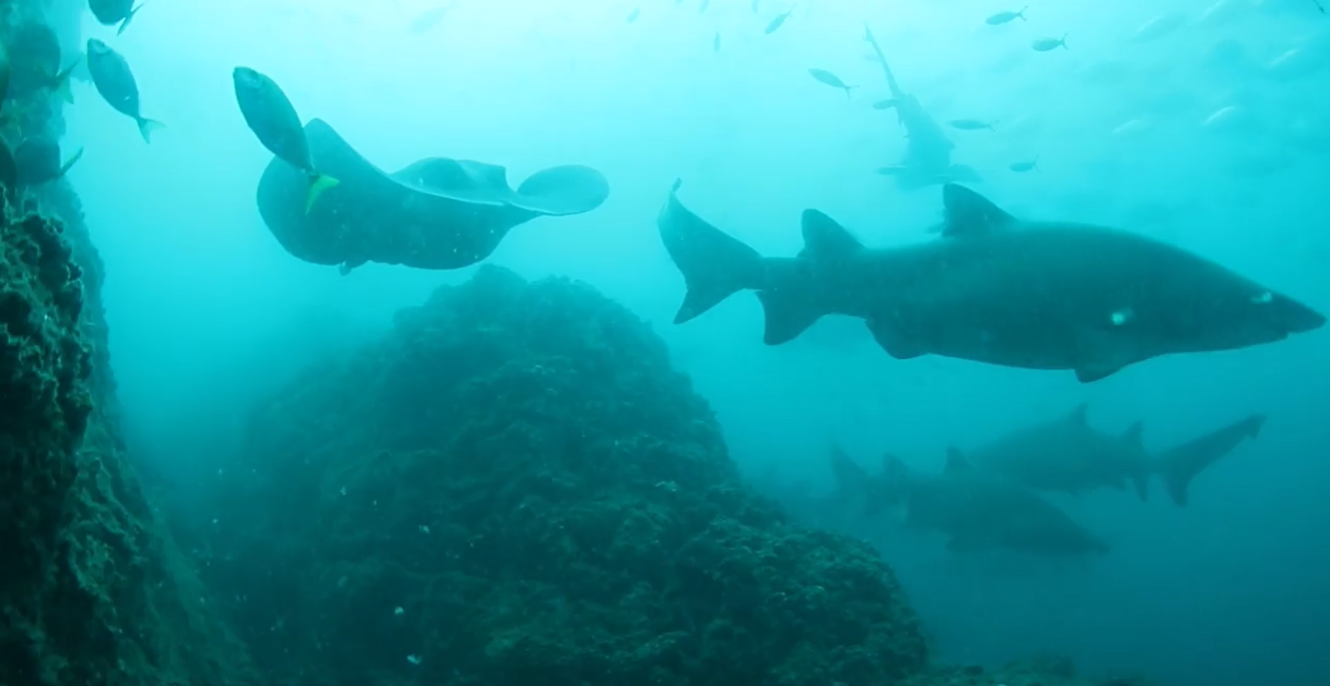 Marine experts are hopeful Grey Nurse Shark populations are beginning to bounce back.

It's National Threatened Species Day, and despite recent sightings, the Grey Nurse Shark is critically endangered on the east coast of Australia.

“Although they have a ferocious appearance, Grey Nurse Sharks are affectionately known as the ‘Labrador of the sea’ because of their non-threatening nature," says Kate Willson from Sea Life Sunshine Coast.

"Despite what people may think, the Grey Nurse Shark doesn’t have an appetite for humans and much prefers fish for dinner."

In some good news for the species, around 50 pregnant grey nurse sharks have been recently caught on film off Double Island Point.

Ms Willson got to see them first hand.

"All big, pregnant, ready to have their own little pups and hopefully then we can have more of them and increase the population... and maybe get them back to the levels they were at before 70s and 80s when... everyone thought they were a predator back then to humans, the which they weren't."

Ms Willson says there are things we can do to help the threatened species, and other marine life.

"We can be removing rubbish and fishing gear so it doesn't get hooked up around the sharks and other animals."

"We could make sure when we come across an [injured] animal that we report it to the local authorities, we can also eat sustainable seafood," she says.