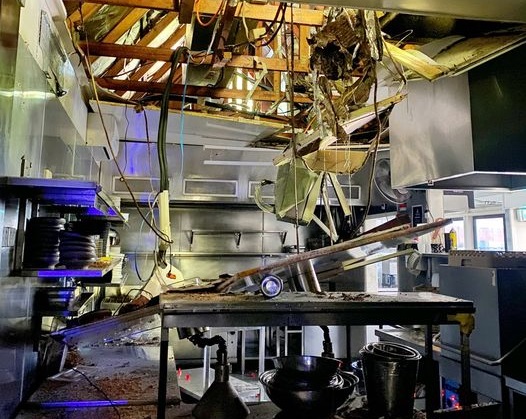 The popular Spirit House restaurant at Yandina will be closed for at least a month, after the kitchen was destroyed.

A man is accused of climbing onto the roof and falling through the ceiling early on Monday morning, before allegedly breaking into the cooking school and trashing both locations.

He has reportedly caused around $100,000 worth of damage.

A post on Spirit House's Facebook pages says the restaurant will be out of action for several weeks, but the cooking school will still be running.

"This one man wrecking ball has done an incredible amount of damage resulting in the restaurant being closed until mid-October."

"He must have had a hatred for red wine, computers and anything electric as they were all destroyed and then he dusted the entire place in fire extinguisher dust," the post reads.

"The Cooking School can continue to function but it will be around 6 weeks or so before repairs are completed to the restaurant."

"In the meantime, we are contacting everyone with a booking and will let you know when repairs have been carried out and we can trade again."