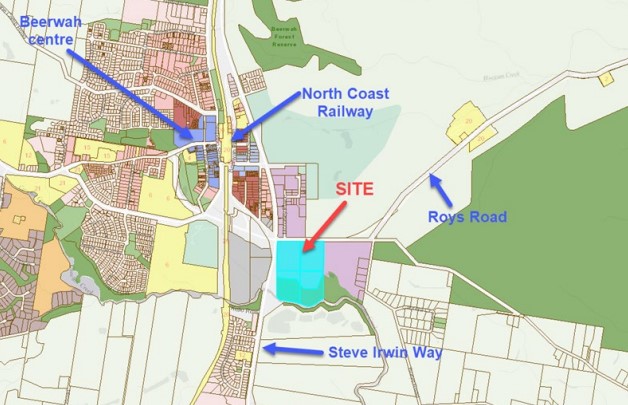 A controversial proposal for a major retail shopping centre in Beerwah should be refused, according to a report before council.

The developer lodged three separate but related applications for the long-gestating project on 11ha of land at the southeastern corner of Roys Road and Steve Irwin Way.

The site is included in the medium impact industry and environmental management and conservation zones in the Sunshine Coast Planning Scheme 2014 and is presently farmed for strawberries with Coochin Creek forming its southern border.

The council’s principal development planner is recommending that councillors vote to reject the plans at their Thursday, July 22 meeting. 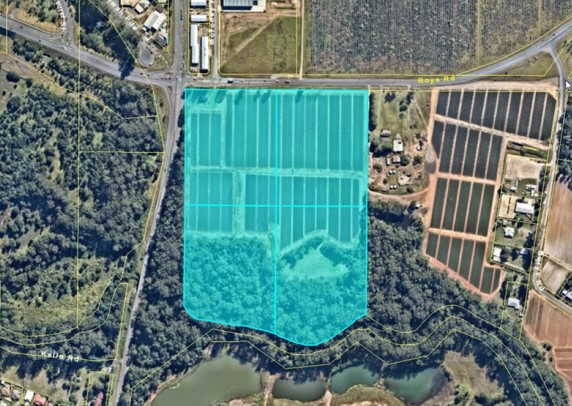 The report cites the project has major conflicts with the planning scheme, would result in a significant loss of industry zoned land and would draw retailing activity away from and outside of the existing centre.

“This would result in Beerwah having a fragmented, disconnected and un-walkable centre, to the detriment of its character, identity, functionality, and viability,” the report states.

The report also suggests the proposal would result in a significant loss of industry zoned land.

In an attempt to justify the potential conflicts with the planning scheme, the developer says the project would: create 180 jobs; improve the choice, convenience and competition in the supermarket and showroom provision at Beerwah; and, that population growth could accommodate a new full-line supermarket within the next five years.

The proposal has split the community with fears it would drive business away from the current shopping precinct and change the small-town feel of Beerwah.

But there are others who believe the project could be a major drawcard for the region.