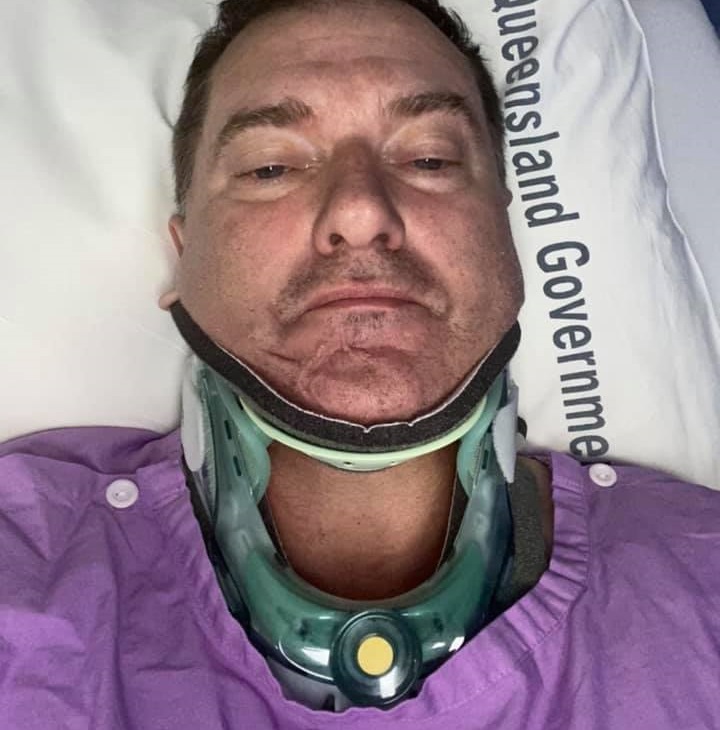 Gympie's Federal MP has been seriously injured in a motorbike crash, north of Brisbane.

Member for the Wide Bay Llew O’Brien crashed his bike while riding at Lakeside Raceway on Saturday.

He was taken to the Royal Brisbane and Women's Hospital in a stable condition with numerous injuries, including skull and spinal fractures.

Mr O'Brien has taken to social media confirming the accident, saying his bike is fixable, but he himself is a little worse for wear.

"I overdid a section of the track and went down," he wrote in a post on Facebook.

"Bit of bruising, strains and soft tissue injuries, a fractured skull and vertebra for me."

"Going to have to wear a neck brace for the next six weeks; not sure how that’s going to go chairing parliament."

Mr O'Brien says he should be out of hospital soon.