Horror crash near Gympie leaves one dead and two injured 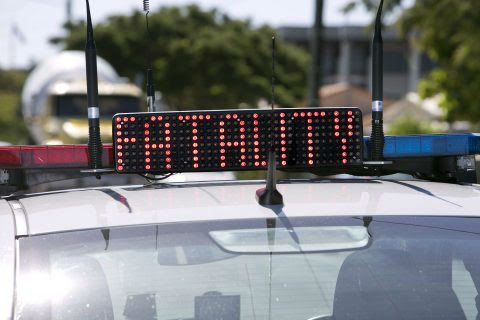 One person has died and two others have been injured, following a multi-car crash near Gympie.

A 51-year-old man, was critically injured when two vehicles collided on Glastonbury Road at Glastonbury around 6.30pm last night.

The Widgee man, who was one of the drivers, died at the scene.

Another car stopped to help, before a fourth vehicle approached the scene and crashed into the stationary cars.

The second driver, a 54-year-old Amamoor Creek man, and the Good Samaritan, a 28-year-old Lagoon Pocket woman were both hurt in the second collision.

They were taken to Gympie Hospital with minor injuries.

The Forensic Crash Unit will be investigating the two separate crashes.

Investigators are appealing for anyone that may have witnessed or has information to come forward.

Emergency services attended another serious incident in the Gympie region just half an hour later.

A woman has been left fighting for life after two cars and a motorbike collided on the Bruce Highway at Coles Creek around 7pm.

She had to be airlifted to Sunshine Coast University Hospital with critical injuries.

A man in his 20s was also taken to SCUH in a serious condition, suffering from serious leg, head and abdominal injuries, while a woman in her late teens suffered minor injuries.

She was transported to Gympie Hospital for treatment.