Covid-19 fragments detected at Coast plant - Fragments of Covid-19 have been detected at the Kawana wastewater treatment plant serving as an urgent reminder to residents to get tested for the v ...
Biloela family poised to exit detention - A Tamil family being held in immigration detention is expected to be released on Tuesday.
Police are searching for a man missing from Gympie - Police are appealing for public assistance to locate 37-year-old Andrew Davis who has been reported missing from Gympie. He was last seen a ...
Council rejects controversial Yandina servo plan - A controversial plan for a new service station in Yandina has been rejected by council in a significant win for the community. Developer Pearl Inve ...
Concussion forces Boyd Cordner to quit NRL - Boyd Cordner says he would have been doing rugby league, himself and the Sydney Roosters an injustice playing on, conceding ongoing battles with concu ...
NSW budgets $148m for domestic violence - Support services for domestic and sexual violence victims and local courts will receive more than $148 million in funding in the upcoming NSW budget.
Second body found in fatal house fire - A second body has been found in the rubble of a home destroyed by fire at Kilcoy, west of Sunshine Coast. Police made the gruesome discovery of the ...
Driver urged to come forward after fatal hit and run - Police have renewed their calls for witnesses, after a man died following a suspected hit and run in Caboolture. The 45-year-old man's body was fou ...
Passing boaties race to the rescue after tinny flips off Mooloolaba - Two people have been rescued, after their boat overturned at the Mooloolaba Spit. Mooloolaba Coast Guard says the pair was thrown from a tinny on S ...
Helmetless rider killed in Maroochydore motorbike crash - One man has died and his passenger has been injured, after the motorbike they were on crashed at Maroochydore overnight. The pair had been riding a ... 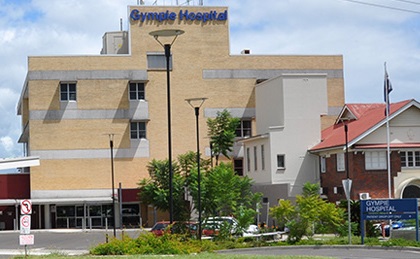 The State Government is being accused of not being transparent over reports the paediatric ward at Gympie Hospital has been shut down.

Gympie MP Tony Perrett has heard services at the local hospital are being reduced, but he says he is struggling to get answers out of the Health Minister and the district health board.

"I get constituents that come to me all the time, including doctors, who are raising concerns."

Despite writing to Yvette D’Ath and asking about shrinking hospital services in Parliament, Mr Perrett says he is yet to get an explanation.

The district health board has agreed to meet with Mr Perrett but hasn't set a date.

"There are a number of concerns I want to raise on behalf of the Gympie region, but it is difficult to do that when they won't actually give me a meeting.

"It appears they don't want to answer questions.

"The government have used the excuse of COVID-19."

When Grant Broadcasters asked the Sunshine Coast Hospital and Health Service if the children's ward has shut down, no clarity was provided.

A spokesperson says there is still outpatient and “targeted bed-based” paediatric care available.

"We have a growing region, we have extra demand on our healthcare services - we have issues with ambulance ramping.

"We need to make certain our healthcare services are meeting local demand because as people move to the region they want to know they have a first class heath service."

The Health Minister's office has not responded to a request for comment.