Battle heats up over heavy versus light rail on coast 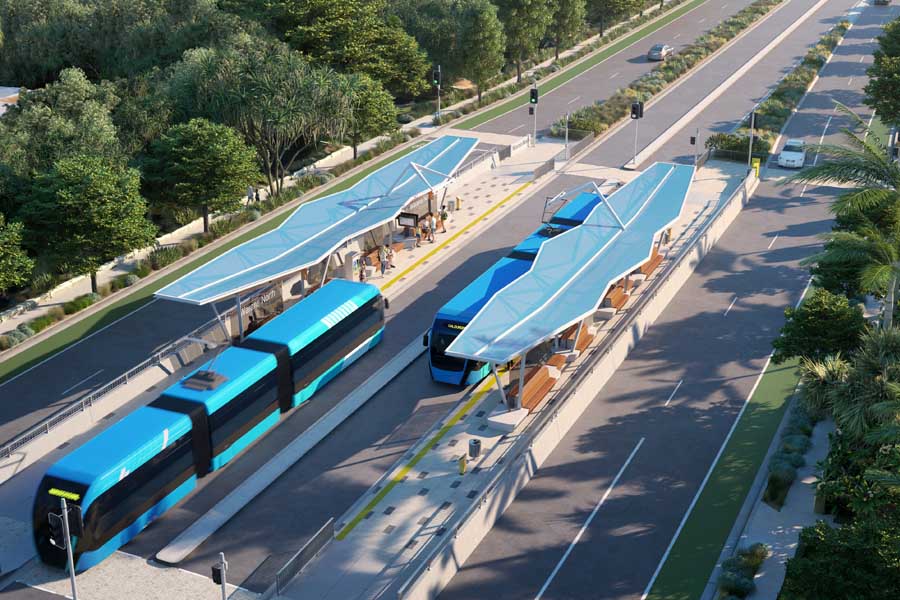 Sunshine Coast MPs are warning a multi-billion dollar light rail system between Maroochydore and Kawana will create more congestion and end hopes of heavy rail from the coast to Brisbane.

Kawana MP Jarrod Bleijie and other Sunshine Coast MPs are calling on the council to prioritise “heavy passenger” trains as part of its mass transit plans.

Community feedback will be included in an analysis report to be submitted to council for consideration.

But Mr Bleijie says it is clear the council’s preferred option is to build a light rail network between Caloundra and Maroochydore.

He is concerned council has tunnel vision, instead of looking at heavy rail between Beerwah and Maroochydore, which could carry more people over a larger area.

“They say it [light rail] will ease congestion, but it won’t.

He argues it will lead to increased density in those areas.

“If you have 80,000 additional residents between Caloundra and Maroochydore, and medium to high density living on Nicklin Way, that will bring more congestion, particularly when it is just a tram that runs from north to south.”

Mr Bleijie adds if Brisbane was successful in its bid for the 2032 Olympics, there was an opportunity to build heavy passenger rail.

“Once you have built the heavy infrastructure like the CAMCOS corridor, then you build the rapid network, tramless trains and buses – that is how you connect people to the heavy passenger rail.”

Council not ruling anything out

But Mayor Mark Jamieson has hit out at the LNP, saying it didn’t commit funding for heavy rail when it was in power in 2012-2015 or in the lead up to last year’s election.

“So where is their plan for an improved public transport system on the Sunshine Coast?  In short, they don’t have one,” Mr Jamieson says.

“The bottom line is that no funding has been committed by either the Federal Coalition Government or the Queensland Government to deliver public transport improvements across the Coastal urban corridor between Maroochydore and Caloundra – the area of the Sunshine Coast which already houses the majority of the region’s jobs, facilities, services and rapidly growing population.”

Mr Jamieson says light rail is not the only option being considered, and if a mass transit option goes ahead, the final decision will be up to the State Government.

“Council is looking for the best possible solution for our region and our communities – whatever that might be.”

Have your say on the proposal via council’s website.