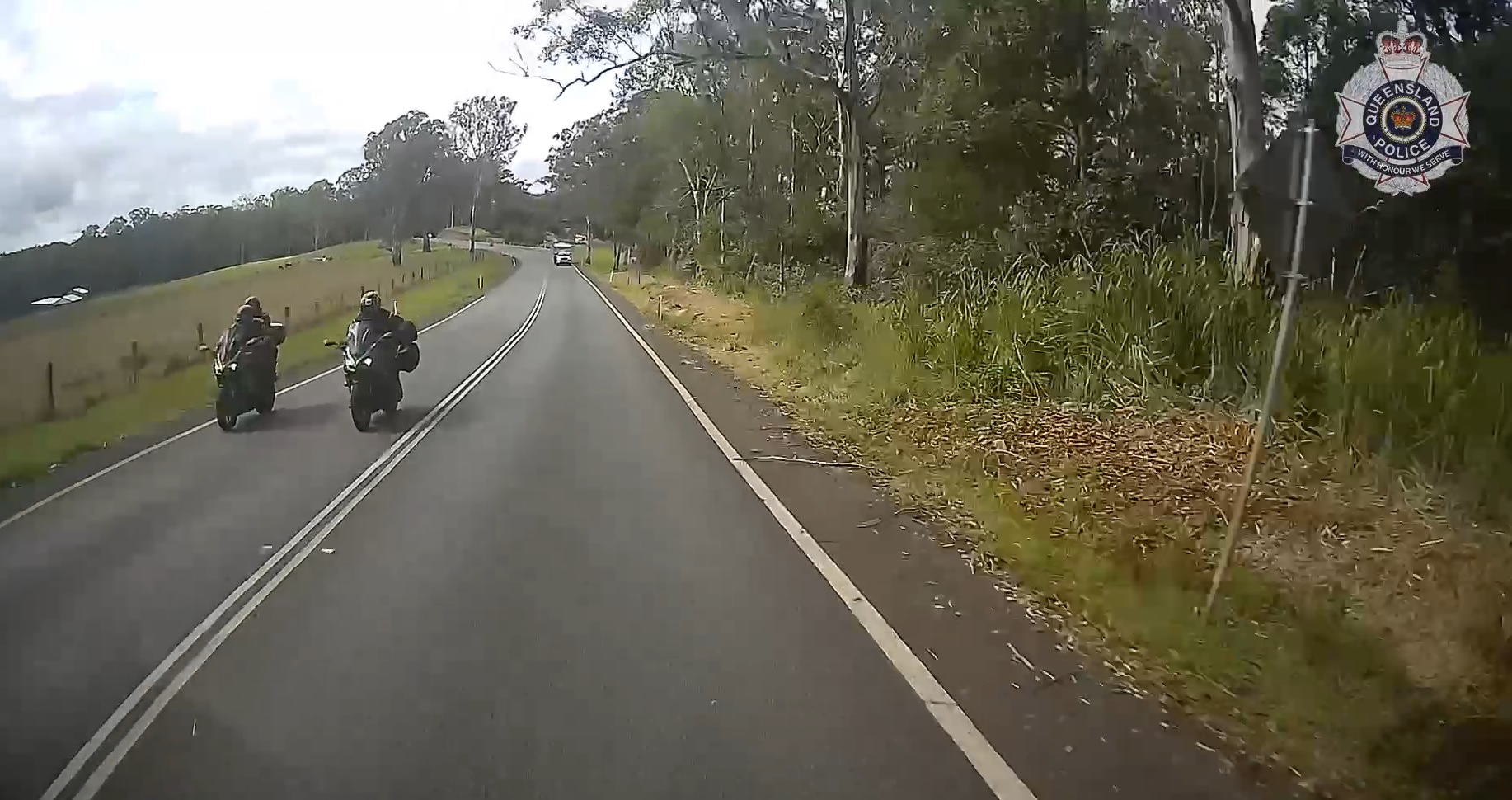 Motorbike riders are again being put on notice, with police cracking down on bad behaviour on Sunshine Coast roads.

An operation in the hinterland over the weekend has seen more than 20 riders fined for doing the wrong thing.

Four of those have been fined for doing more than 40km/h over the limit, while two riders were nabbed going 150km/h in an 80km/h zone.

Eleven motorcyclists have also been slapped with infringement notices for crossing the double white lines, mostly while overtaking.

You can watch the video below.

Officer in Charge of Nambour Road Policing Unit senior sergeant Shane Panaho says the behaviour is especially disappointing in light of the high number of motorcycle fatalities on the states’ roads this year.

“The Sunshine Coast Hinterland is a popular place for riders, but what many fail to understand is that the winding roads can be extremely dangerous, especially travelling at high speed,” Senior Sergeant Panaho says.

“Overtaking vehicles across the double lines when you can’t clearly see oncoming traffic is also reckless and puts other road users’ lives at risk as well.”