Perth into lockdown after COVID outbreak - Metropolitan Perth and the Peel region will go into a three-day lockdown from midnight on Friday after a hotel quarantine outbreak led to community tr ...
Police looking for witnesses after an alleged attempted rape at Noosa Heads - Investigating into an attempted rape at Noosa Head are ongoing and police are appealing for witnesses to come forward. It is alleged a 34-year-old ...
PM defensive as allies boost climate goals - Scott Morrison continues to defend Australia's progress on climate action as the nation's biggest allies step up their commitments to reduce greenhous ...
Police unravel major cocaine ring on coast - Detectives have unravalled a major cocaine trafficking ring on the Sunshine Coast, resulting in the arrest of seven people on more than 40 charges. ...
COVID-19 traces found in Noosa wastewater - Fragments of coronavirus have been detected at the Noosa wastewater treatment plant. This treatment plant services the suburbs of Boreen Point, Cas ...
Coast business owner fined for 'deliberately' underpaying staff - A Sunshine Coast business owner has been fined for putting her "own interests" over her staff after she &ldquo;deliberately&rdquo; ...
Car flips at Yandina, one man injured - A man in his 40s has been hurt in an early morning crash at Yandina. A car rolled in a single-vehicle incident on Yandina Coolum Road around 3.15am ...
Local veteran shares story of struggle ahead of Anzac Day - A Sunshine Coast veteran is hoping this Anzac Day people can remember the sacrifices women who have served in the defence force have made. Krishell ...
Musk offers $100m carbon removal prize - Billionaire entrepreneur Elon Musk has offered inventors $US100 million in prize money to develop ways to fight global warming by removing carbon diox ...
Planned burn at Currimundi an impressive site - Plumes of smoke have been witnessed billowing over the southern Sunshine Coast during yesterday's hazard reduction burns. The Queensland Parks and ... 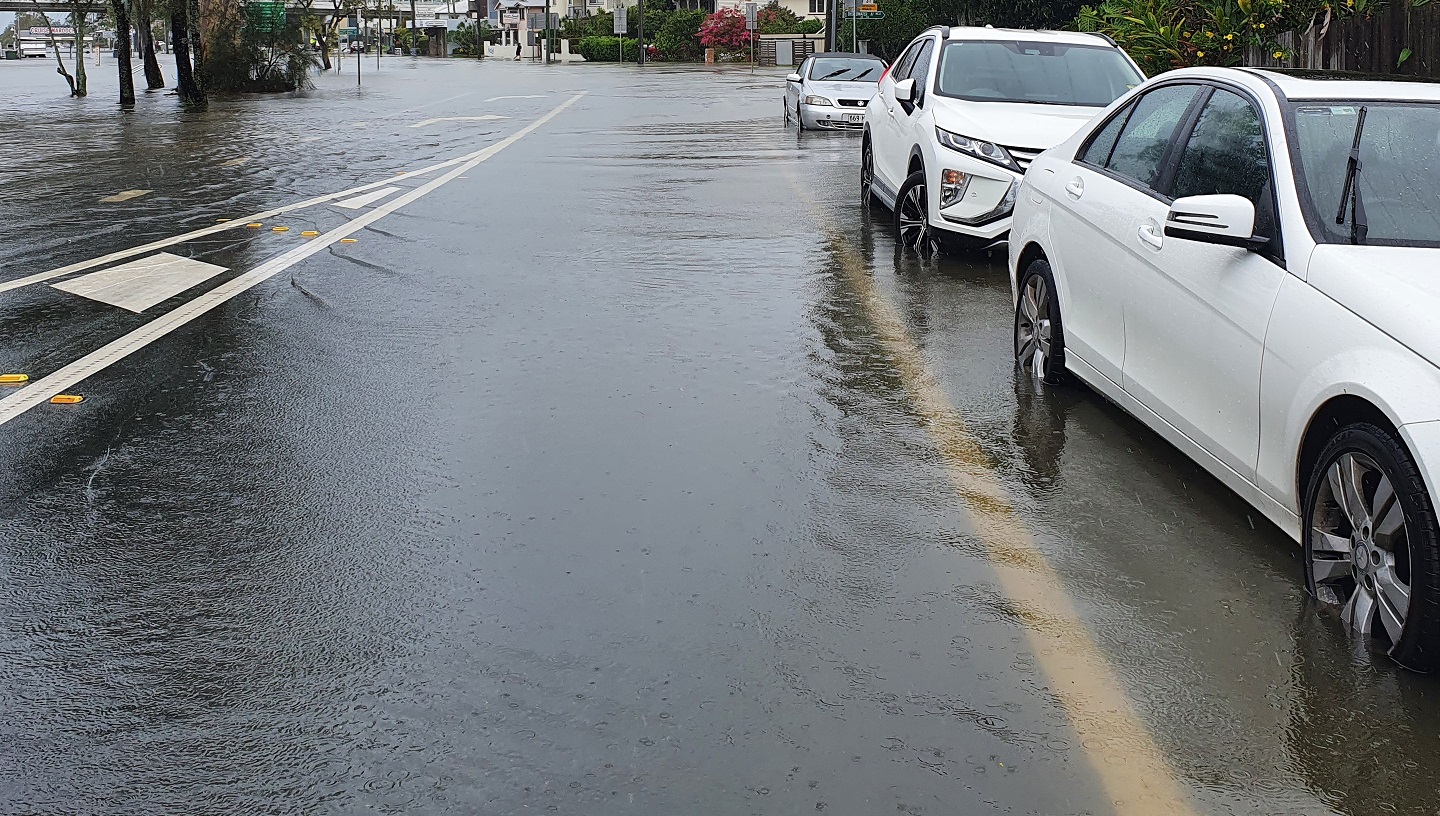 The Sunshine Coast could be in for a battering today with damaging wind gusts, intense rainfall and life-threatening flash flooding possible across the region.

A Severe Weather Warning remains in place from Hervey Bay and Fraser Island, across the Sunshine Coast, as well as for coastal areas and islands down to the border.

Felim Hanniffy from the Bureau of Meteorology says there is some uncertainty surrounding how a trough, containing a developing low, will evolve over the next 24 hours.

"The low itself has remained east of Fraser Island overnight, so that has spared the coastline the heaviest rainfall totals," he says.

Lady Elliot Island, near where the system is currently hovering, has recorded the heaviest falls overnight, with 180mm falling there.

The senior forecaster says coastal fringes of the Sunshine Coast could be in the firing line on Easter Monday, if the system does drift to the west.

"If that low was to push back closer to the coast it would put the Noosa and the Sunshine Coast itself, Maroochydore and that area, at risk of localised very heavy falls, but a lot hinges on where that system goes.

"If it remains offshore then that risk diminishes.

"If it moves closer you could see some very intense falls, localised falls of 200mm or in excess of that, if that system was to move onshore and you get storm activity."

As the system develops, it is also expected bring some strong and potentially gale-force winds to our coastal waters, causing dangerous surf conditions for swimmers and boaties.

Blues skies to return from tomorrow

The weather is set to improve after the Easter long weekend draws to a close.

Mr Hanniffy says things are looking up from tomorrow.

"There is a reprieve if you look towards the middle of the week, onwards.

"It's generally much brighter and temperatures are warming up as well."