Key quotes from the Sussex's Oprah chat - Memorable quotes and major revelations from Oprah Winfrey's interview with Meghan and Harry, their first since stepping away from royal life:"I j ...
Qld mayors band together, demanding SES report be made public - Questions are being asked about why the findings of a review into the State Emergency Service haven't been released to the public after more than ei ...
GPs brace for coronavirus vaccine rollout - Doctors are ironing out complicated logistics and asking for patience as they prepare to give millions of Australians the coronavirus vaccine.
$84m of tobacco seized in NSW/Vic - More than $84 million worth of tobacco has been seized in a two-day blitz that's disrupted three illicit tobacco growing operations in regional Victor ...
Photographers invited to capture the Sunshine Coast - Taken any good snaps of the Sunshine Coast lately? That photo could win you a pretty awesome prize. Visit Sunshine Coast is inviting phot ...
No new local Vic virus cases for 10 days - Victoria has recorded 10 days without a locally-acquired COVID-19 case as it readies to administer the first of the state's AstraZeneca vaccines.
Noosa councillor fights for funding to deal with climate change - A Noosa councillor fears the coastline will erode so badly properties will disappear, if the Federal Government doesn't set aside money to help coun ...
Car goes up in flames at Peregian Beach - One person has been checked over at the scene of a car fire at Peregian Beach this morning. Emergency crews raced to Emu Mountain Arterial Road aro ...
Local man killed in Mt Coolum motorbike crash - Investigations continue into a fatal motorbike crash at Mount Coolum. A local man in his sixties died at the scene on Saturday morning. Police say ...
Two snake bites in less than 10 minutes - Two people have been struck by snakes within minutes of each other, in separate incidents on the Sunshine Coast overnight. The Queensland Ambulanc ...

Turtle-y awesome duo back at sea 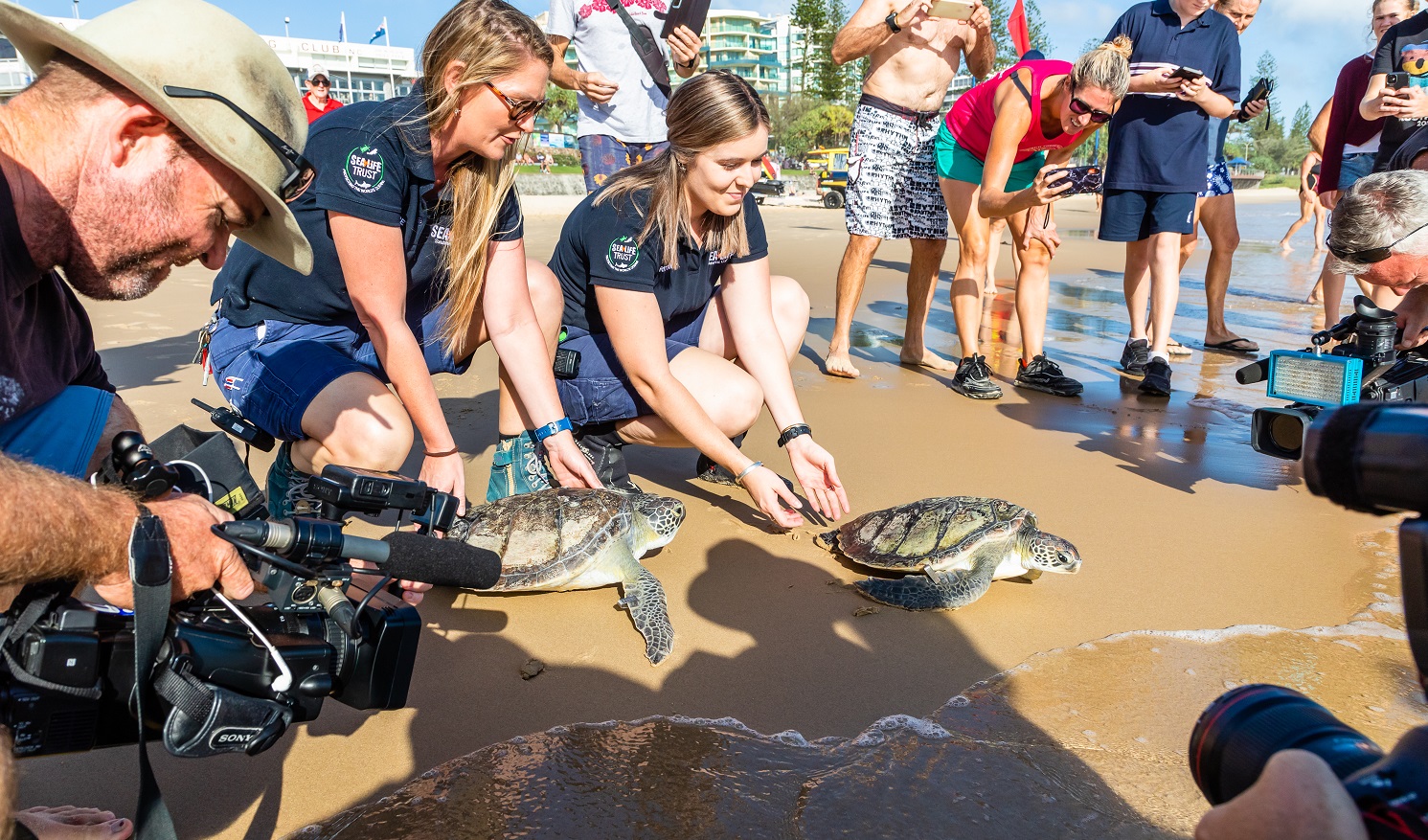 Two green sea turtles have a new lease on life!

Kiki and Eleanor have been successfully released back into the wild at Mooloolaba this morning, just a few months after washing up, sick and injured, on Sunshine Coast beaches.

They have been nursed back to health by the team at Sea Life Sunshine Coast's Turtle Rehabilitation Centre.

Displays supervisor Denice Askebrink says Eleanor was found on Warana Beach in November, covered in barnacles and in a critical condition.

"Eleanor's health did deteriorate even further after arrival, but our whole care team worked really tirelessly together to nurse her back to health."

Kiki has also made a full recovery, after washing up at Noosa National Park in December.

"She had injuries to her carapace, she was floating (which normally happens after ingesting plastic), and she was really emaciated."

The Sunshine Coast is currently in peak hatchling season, when newly emerged turtles make their way down the beach and into the ocean.

Denice says today's release is a timely reminder for everyone to do their bit, to keep the vulnerable sea creatures safe.

"Keep the beaches nice, neat and tidy, try and help us take Three For The Sea"

"You take three pieces of plastic or rubbish any time you walk out and put it in the bin."