Traffic chaos on Bruce Highway with lockdown just hours away 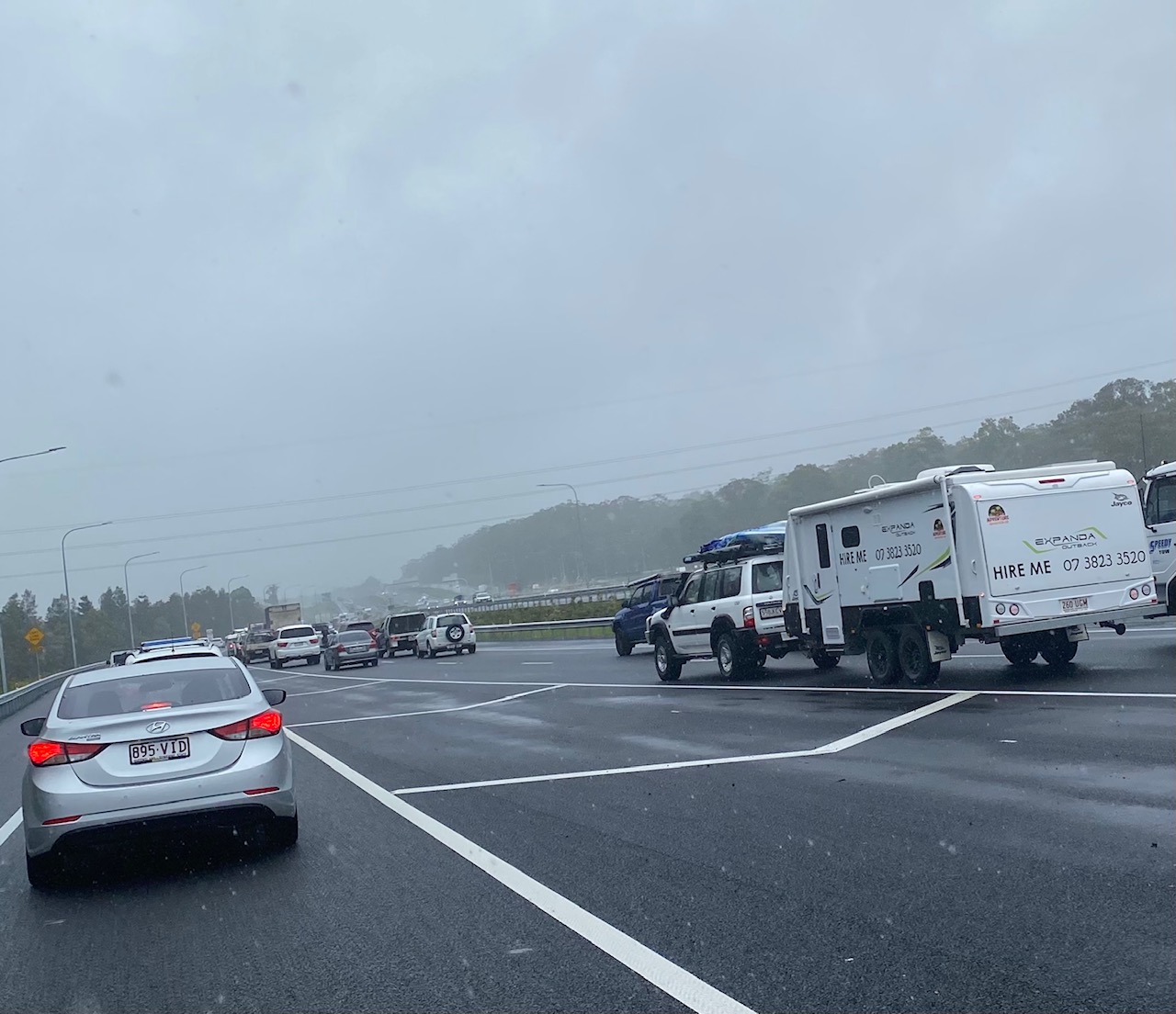 Traffic is bumper-to-bumper on the Bruce Highway as people try to both enter and leave the Sunshine Coast, before the Brisbane lockdown begins at 6pm.

At 8am, Premier Annastacia Palaszczuk announced Greater Brisbane is going into a three-day lockdown after a cleaner at a quarantine hotel in the city contracted the UK mutant strain of coronavirus.

Just two hours after her announcement, traffic began building in both directions on the Bruce Highway, near the Caloundra, Bribie Island and Burpengary exits.

The RACQ has had reports of lines of cars travelling 40 kilometres an hour and others at a standstill on the major arterial, calling it “peak hour-like conditions”.

The chaos is compounded by wet weather, as well as crashes on the highway at Burpengary northbound towards Caboolture, and on the Sunshine Motorway southbound towards Maroochydore. The gridlock conditions have significantly worsened throughout the day as people try to flock to the Sunshine Coast and further north to avoid the lockdown in Brisbane.

That is despite a clear directive from the state’s Chief Health Officer that Greater Brisbane residents must stay at home for the weekend.

Anyone who has been to Greater Brisbane since January 2 is also being asked to isolate for 3 days - no matter where they are in Queensland at the moment.

Sunshine and Gold Coast police are warning of a blitz on all major highways, which involves technology that can pick up number plates registered to Brisbane homes.

Officers will also be patrolling beaches and other popular tourist spots on the coast to make sure Greater Brisbane residents aren’t defying the new coronavirus restrictions. 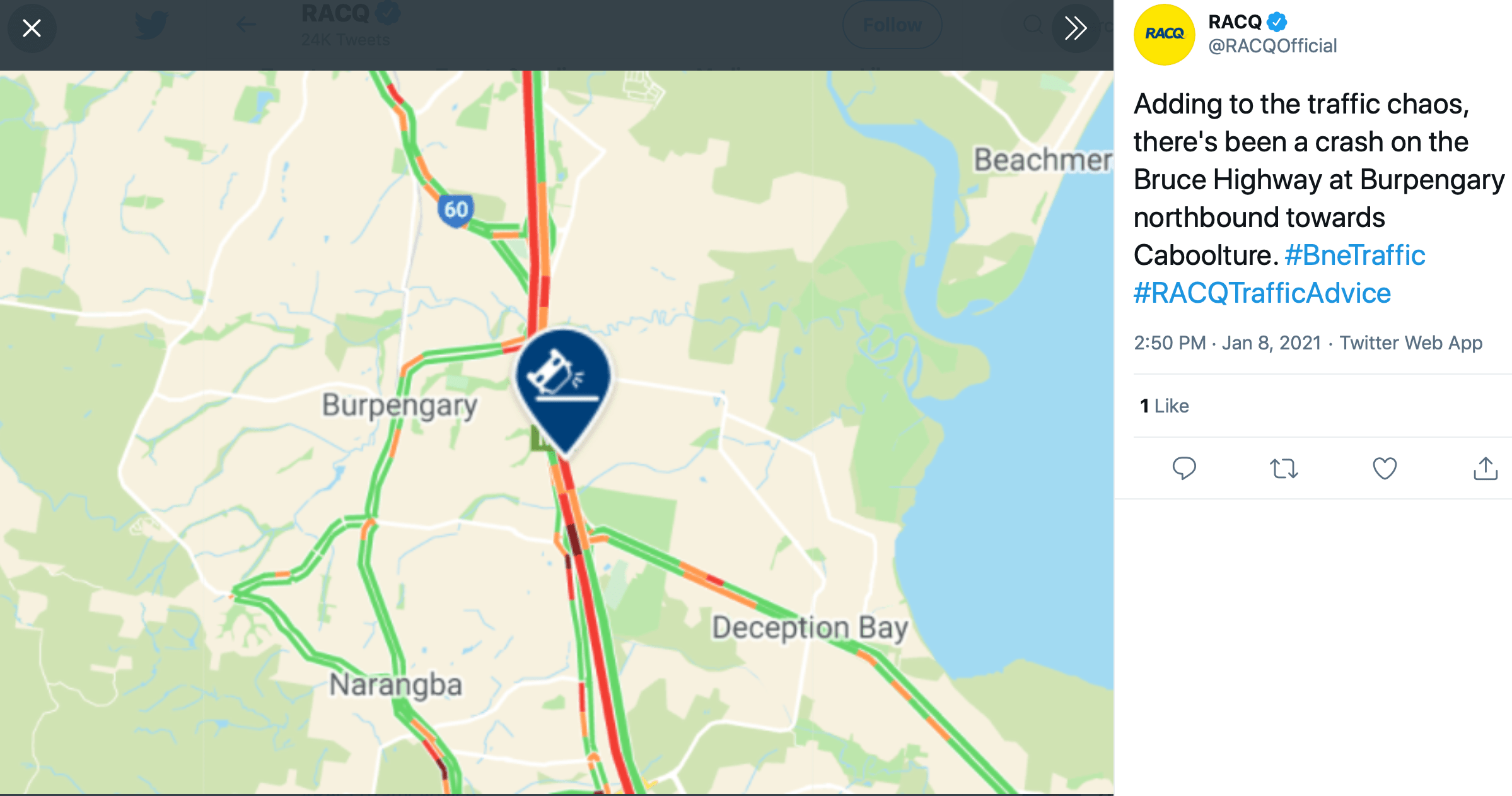