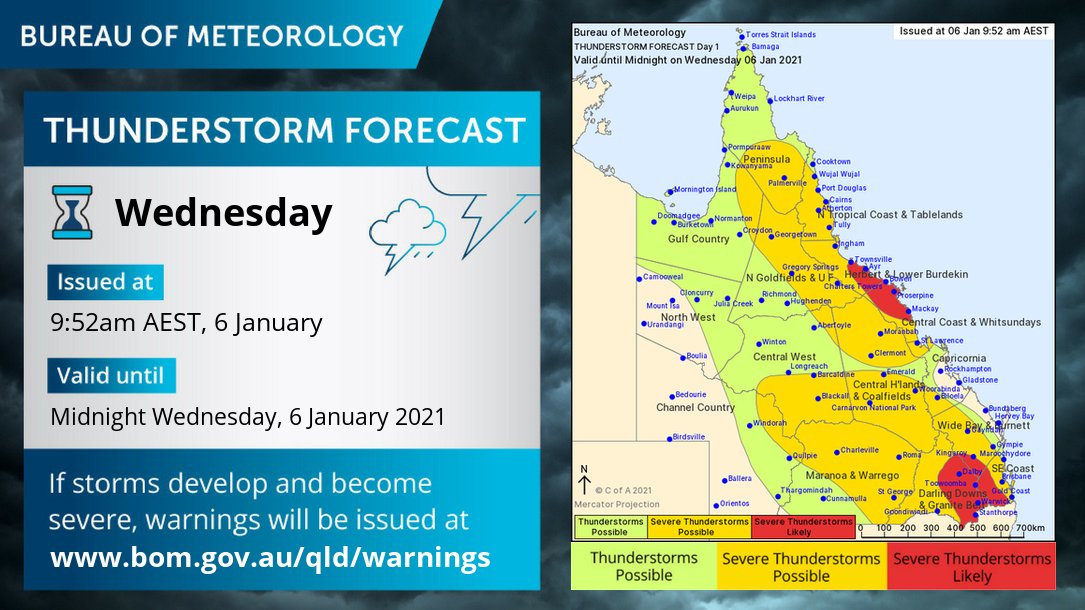 A severe thunderstorm warning has been issued for the south-east this afternoon.

The Bureau of Meteorology's Pieter Claassen says a trough is moving across the southern interior of the state, potentially making it to Brisbane this afternoon and into this evening.

"This thunderstorm activity could potentially be severe as well, particularly over eastern parts of the Darling Downs and western inland parts of the south-east coast district," he says.

"Thunderstorms may bring damaging wind gusts and heavy rainfall that may lead to flash flooding, with small hail a risk as well."

A south easterly surge will work its way up the coast tomorrow, triggering widespread shower activity overnight and into tomorrow morning.

Mr Claassen says the rain is likely to hang around through the day tomorrow.

A strong wind warning is also in place from the Fraser Coast to Gold Coast waters tomorrow, with winds in excess of 25 knots likely to be seen.

Image: Supplied by Bureau of Meteorology