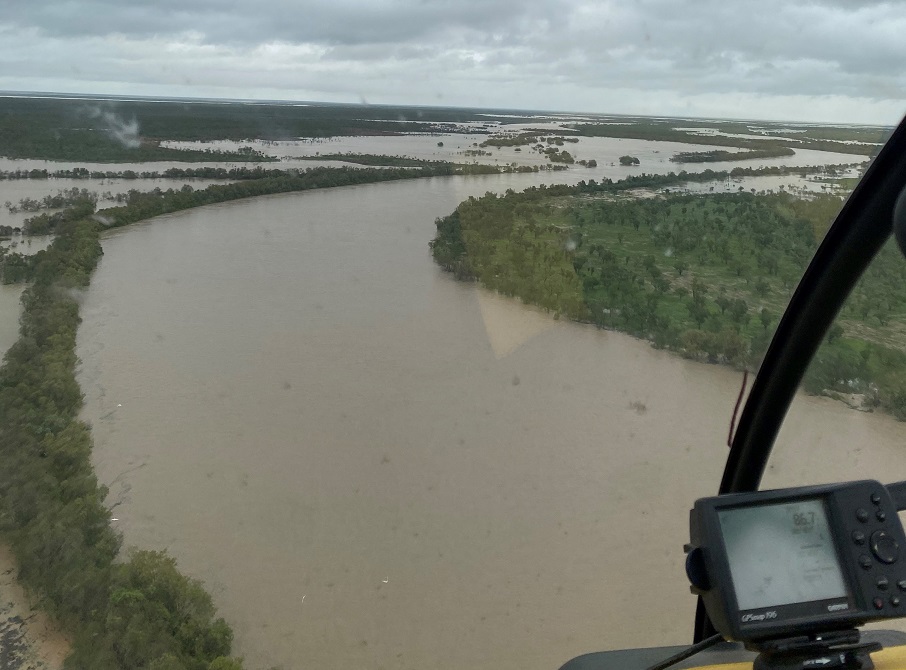 Karumba residents are facing another night without power, with Ergon Energy crews unable to get in to repair damage caused by Tropical Cyclone Imogen.

The category one storm, and first cyclone of the 2020/2021 season, crossed the Queensland coastline at the Gulf township overnight, leaving around 1,300 properties without power.

Crews managed to restore electricity to more than 500 customers in Normanton township by 3.40pm, but say sites that suffered network damage along the feeder line, supplying customers at Karumba, are not accessible at the moment because of flooding.

"We apologise to those customers who will be without power for another night, but rest assured we’re bringing in reinforcement crews and additional equipment to tackle repairs tomorrow," a spokesperson says.

Imogen was downgraded to a Tropical Low around midday on Monday, but is still expected to bring plenty of rain to northern Queensland over the next couple of days.

Meteorologist Rosa Hoff from the Bureau of Meteorology says a Severe Weather Warning remains in place from just south of Cooktown down to Bowen.

"This is a region in which we're expecting heavy rainfall and potentially damaging to locally destructive winds in the next 24 to 48 hours," she says.

Nearly 180mm has already fallen at Copperlode Dam south of Cairns since 9am, including 85mm in just one hour, while 189mm has fallen at Rockfields, 75km west of Georgetown, in 6 hours to 1.45pm.

"We are expecting heavy rainfall to continue in the region in the coming days as ex-Tropical Cyclone Imogen transitions steadily and slowly as a Tropical Low towards the south to south-easterly directions and moves down the coast," says Ms Hoff.