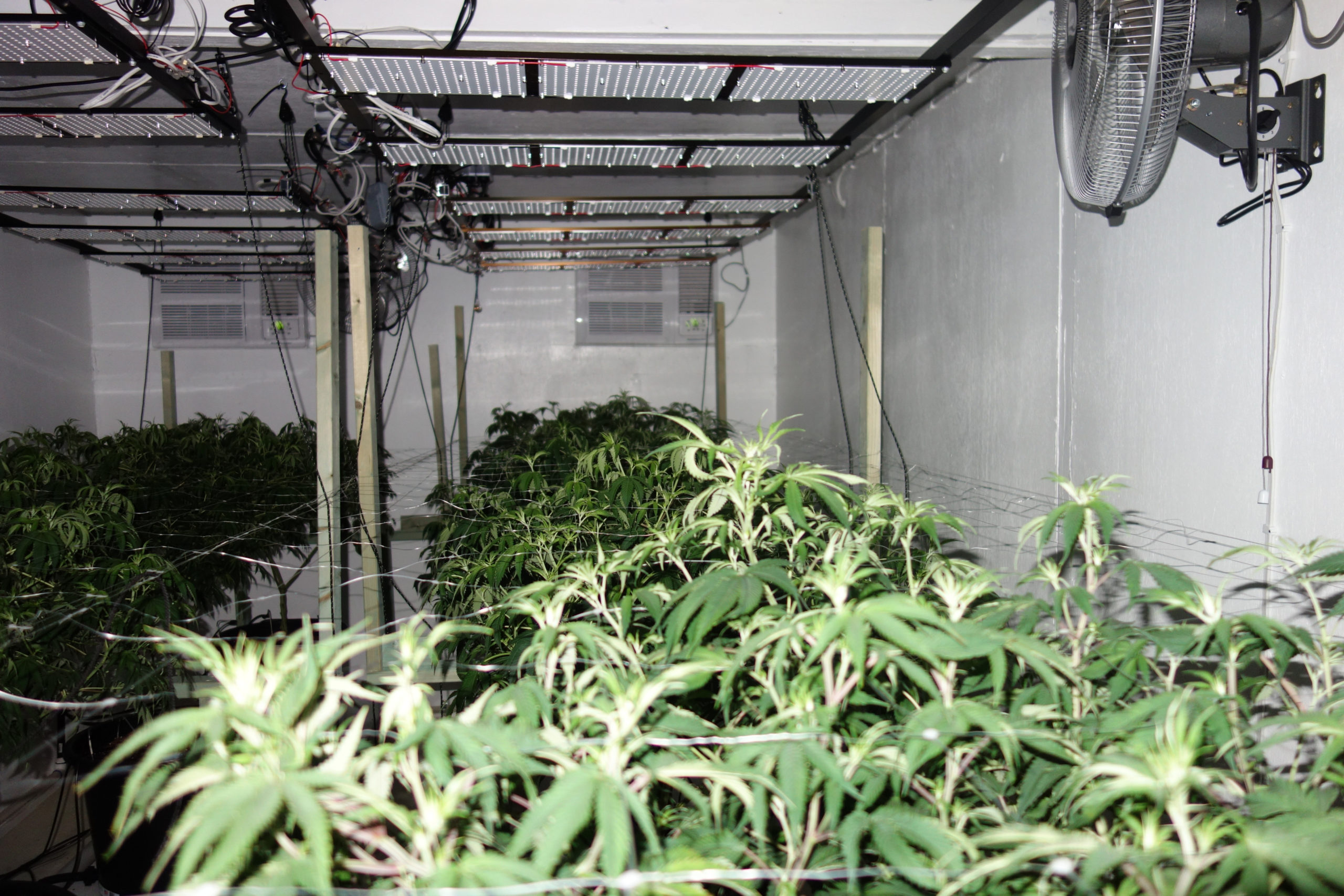 Seventeen people have been charged with drug and weapon offences as part of a major police operation targeting the unlawful production of cannabis in the Sunshine Coast and Gympie regions.

As part of Operation Romeo Factor, detectives from the Crime and Intelligence Command’s Drug and Serious Crime Group have executed 18 search warrants across the region from November 12-16, including at properties in Glass House Mountains, Nambour, Mount Coolum, Maleny and Glenwood.

Police have allegedly located and seized approximately $474,600 worth of drugs including 156 cannabis plants and 12.365kg of dried cannabis, as well as a sawn-off .22 bolt action rim fire rifle and crossbow.

Police will claim all of them were actively being used in the production of cannabis and were subsequently destroyed.

To date, 17 people have been charged with 67 offences including 15 counts of producing dangerous drugs.

A 47-year-old Maleny man was also charged on five counts of supplying dangerous drugs and is due to appear in the Nambour Magistrates Court on January 21.

Detective Acting Superintendent Troy Pukallus of the Drug and Serious Crime Group says the drugs seized were destined for the local market, with investigations identifying a surge in hydroponic equipment being sourced and used in the production of dangerous drugs.

“The success of this operation will impact drug availability on the Sunshine Coast and Wide Bay Burnett region, making the community safer ahead of the holiday period,” Detective Acting Superintendent Pukallus says.

“It also sends a message to those involved in the illicit drug market, who may have turned to locally producing cannabis as a result of supply issues with the border closures of COVID-19, know that police will continue taking every opportunity to target and disrupt your criminal behaviour.”