Pandemic closures whack NSW pokie profits - NSW pubs and clubs have recorded a massive drop in profits from pokies over the past six months, new figures released by Liquor and Gaming show.
Double demerits for NSW long weekend - Double demerits will apply on NSW roads from Friday until the end of Monday in a bid to slow down drivers over the long weekend.
Vic high-risk workers set for test blitz - A quarter of workers in high-risk industries will be randomly tested for coronavirus each week as part of Melbourne's plan to emerge out of lockdown.
NRL announce grand final for ANZ Stadium - The NRL has finally announced the grand final will be held at ANZ Stadium in Sydney on October 25, with 40,000 fans to attend.
Congestion-busting road works for Caloundra South - Motorists will soon be able to avoid traffic on Caloundra Road in order to get to the Bruce Highway. The Queensland Government has announced Bells ...
Push to get caravanners to the Cooloola Coast - Gympie, Noosa and Tin Can Bay have been included on a map of scenic spots for caravan enthusiasts to spend the night. It's part of a 'Sloways' init ...
Aust firm developing 15-minute virus test - A 15-minute COVID-19 which could be quicker than a pregnancy test is being developed by researchers in Queensland.
Pandemic causes a million deaths - The global coronavirus death toll has risen past a million according to a Reuters tally, a grim statistic in a pandemic that has devastated the global ...
Morrison hopeful of home quarantine option - People flying into Australia from overseas could soon be allowed to quarantine at home.
Belinda Clark to leave Cricket Australia - Cricket Australia will lose one of its brightest executives with legendary women's figure Belinda Clark quitting the organisation after 20 years. 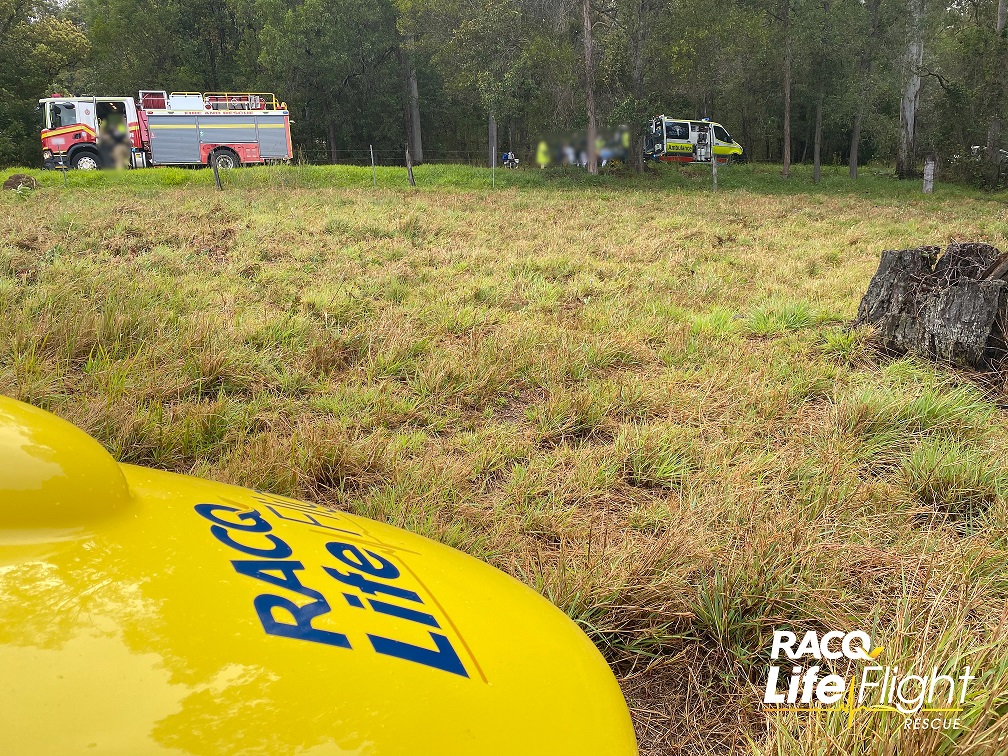 The Sunshine Coast RACQ LifeFlight Rescue helicopter has flown a woman to hospital, after she was seriously injured in a crash at Neusa Vale, east of Gympie, early this morning.

The rescue chopper was called to the scene at around 6am.

It's believed the woman had been driving along Neusa Vale Road, when she lost control of the vehicle and crashed into a tree .

The patient, aged in her 60s, was the sole occupant of the car.

The pilot was able to land the chopper in a paddock, close to the scene.