NSW learner busted drink driving twice - A 40-year-old learner has allegedly been caught drink driving twice within four hours - and in two regional NSW towns.
NSW qualifies for COVID-19 leave payments - Workers in NSW are the latest to qualify for paid pandemic leave under a deal struck with the federal government.
Palaszczuk says Hanks staying in a hotel - Queensland has recorded two new coronavirus cases amid reports US actor Tom Hanks is staying at a luxury Gold Coast mansion rather than in a governmen ...
ACT search abandoned in bad weather - Authorities have called a temporary halt to a search in the ACT in relation to a man missing for almost three years.
Fraser Island bushwalker 'safe and well' - A bushwalker missing for three nights on Fraser Island has been found alive.73-year-old Madelaine Nowak got separated from a tour group on Thursday ...
Porte delighted by third-place Tour finish - An ecstatic Richie Porte said his brilliant time trial ride to all but claim third spot on the penultimate day of Tour de France felt as good as winni ...
Brumbies beat Reds in Super Rugby AU final - The Brumbies have secured bragging rights for another year after denying the Queensland Reds 28-23 in the inaugural Super Rugby AU final in Canberra.
Scans say Trbojevic Origin audition over - Tom Trbojevic won't get a final State of Origin audition after his NRL return turned into a nightmare, injuring his shoulder as Manly were thumped 42- ...
Titans enhance status as '21 team to watch - Justin Holbrook is doing well to hide his excitement at what Gold Coast will be like with David Fifita and Tino Fa'asuamaleaui.
Storm's Welch fined for NRL bubble breach - Melbourne prop Christian Welch has been fined $20,000, with half of that suspended, by the NRL for breaking the Storm's biosecurity bubble.

Sidney Prescott is B.A.C.K for Scream 5! 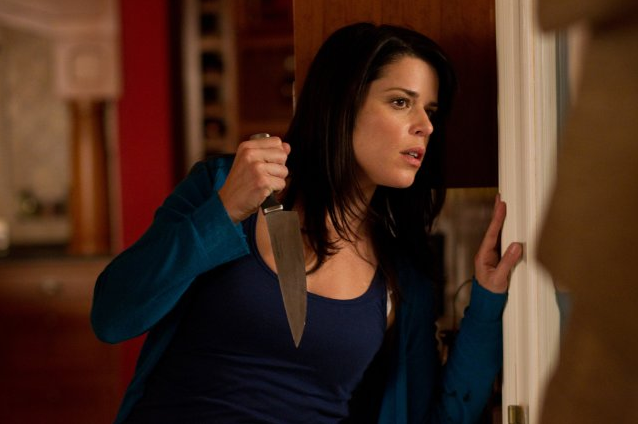 The 90’s cult classic Scream franchise is getting another addition!

Yep after months of speculation, the official Scream Movies Twitter account confirmed the news that a Scream 5 is happening late last month.

And the best part is the franchise have already slated a release date of January 14 2022, so the coutdown is on.

But, wait there's more we haven't even got to the best part yet...Sidney Prescott will be making a return and original actress Neve Campbell has signed on to reprise the role.

According to Entertainment Tonight, Campbell said she is "beyond excited to step back into the role of Sidney Prescott and return to Woodsboro."

Entertainment Weekly are reporting that Scream 5 will be directed by Matt Bettinelli-Olpin and Tyler Gillett, who make up filmmaking group Radio Silence.

"It is the first movie in the series not to be directed by the late Wes Craven."

"We're pinching ourselves!" Radio Silence said in a statement.

"It's hard to express how much the character Sidney Prescott shaped our love of movies and to have the chance to work with Neve is truly a dream come true. It just wouldn't be a Scream movie without Neve and we're so excited and honored to join her in Woodsboro."